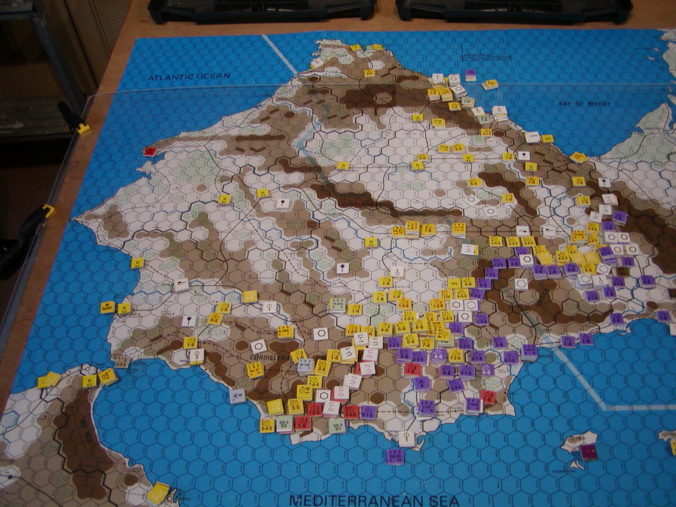 The points situation still looks bad for the Nationalists, no sooner have they eliminated  the Basques than the Catalans  start accumulating points, finishing off the Asturians if attempted will be replaced by the End of War VPs so they are still losing around 10-15 points a turn. True they are eliminating approximately 9-12 REs per turn of  Republicans but ¼ of these are recycled in SRPs and some are exchanges. To date this has not been a problem for the Nationalists who appear to have a bottomless pit of replacement factors are only accumulating specialists who cannot be replaced in the dead pile. However they themselves are now starting to run out of infantry replacement factors and may soon not be in a position to replace all losses . Still at this stage not a great concern as there are many divisions not in combat at any one time but it is vital because of the narrow frontages of attack that sufficient infantry points are reserved to replace any 6-6 Division that needs rebuilding.   The new offensive on the Albacete front offers a glimmer of hope but is dependent on the weather which may yet decide the fate of the Nationalist side.

Air Activity. Large unescorted air raid designed to knock out the Republic’s offensive air capability ends in failure as a  He 111E is eliminated and all bombs fall wide.

Exploitation: Lead elements fall back and are reinforced by units moving south through the gap at 3708 so here and 3807 should be attack proof at any odds the Republic dares to make. 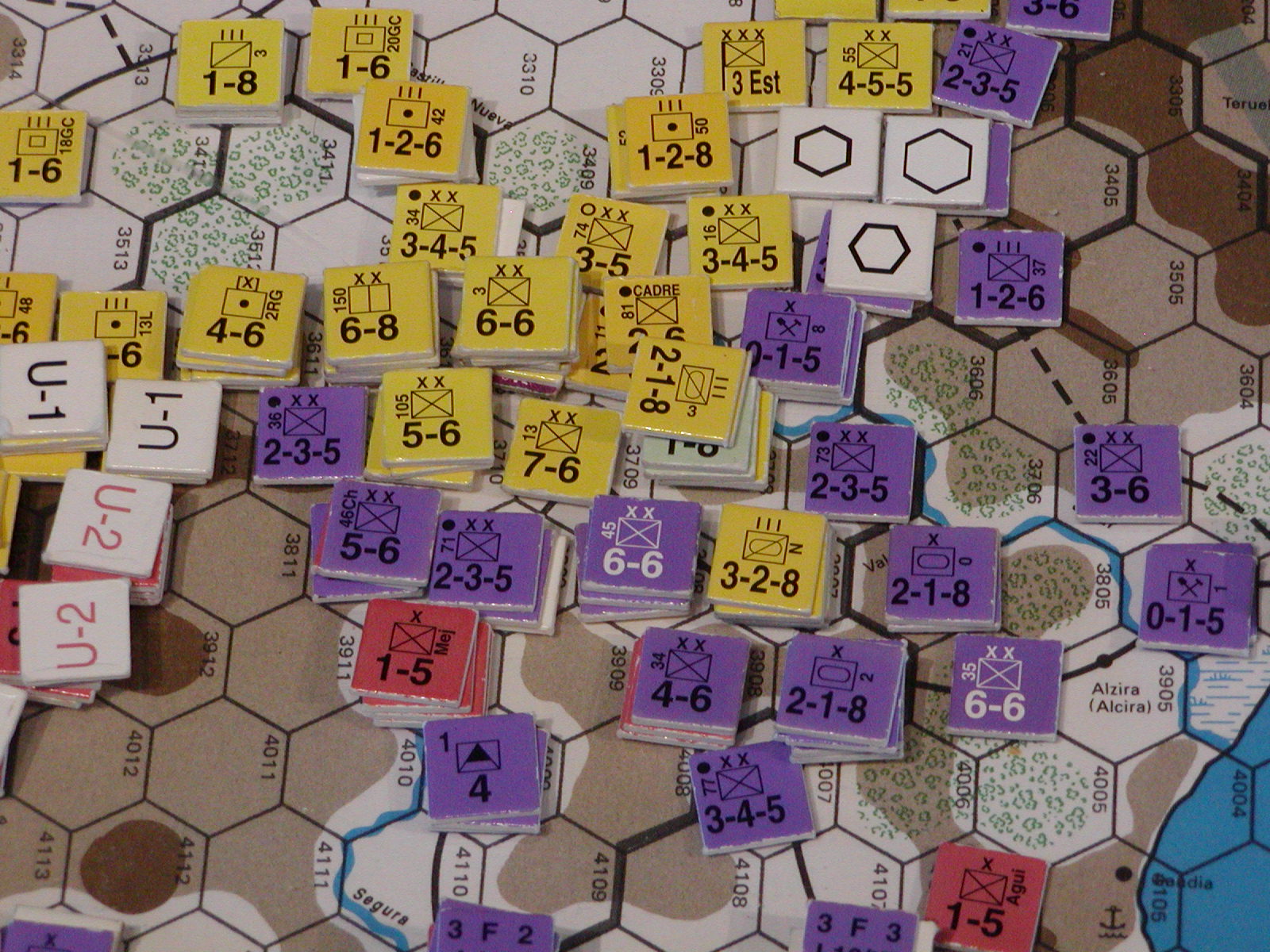 Nationalist Armour pulls back under pressure from Republican reserves

Weather; The Rains return. D=M. E=M, A= S, M= R
The Nationalists luck runs out and the rains dampen the hopes of a permanent split of the Republican forces.
French Border : Open
Supply:. Forward pursuers in the Penebetica out of supply as are some Nationalist in North Aragon valley. The forward elements of the Albacete breakout are also U1 and the stack at 3907 (E of Yecia) Isolated
Replacements ; 2 SRPs recovered 2 divisions plus arriving 117 XX equipped. I 109D replaced., CR.32 repaired

VPs : Lack of Goberneto collapse (+10 VPs). None Surrender( R+10 VPs)
French border; Open
Guerrillas; Ineffective
Supply;  Radicals(An)  in Murcia are reliant on Limited General  Supply  from Cartagena and Alicante as other ports are blockaded and the Nationalist and spearhead ZOCs 3907 (The Rail line to Barcelona) In total 12 REs can be supplied . The remainder become U2.
Reinforcements/Replacements;  I-16/t5 Repaired. , Newly arriving divisions are equipped on arrival.