The Near East (TNE)

Europa Game IX, Turkey, Iraq, and Iran. The Near East is a module which provides forces and maps not otherwise provided in Europa games. Just like The Urals it is not playable separately, but can be played in conjunction with Western Desert.

The module was initially published in May 1983 in a red-brown Europa Map box. The errata sheet for the game was dated 7 December 1983 and is definitive.

Can be played only in conjunction with Western Desert

Succeded by War in the Desert

“Hitler Turns South” (Proposal for Europa scenario postulating Axis thrust in Mediterranean and Near East in 1941) - ETO #11
Battling in the Backwater, Ben Knight (Ben's experience playing “Iraq and Roll” with Near East) - ETO #26

The Near East at the Boardgamegeek

Grognard.com has the pretty short Errata for the Near East 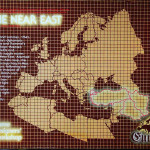 The near East – Game Box – Front 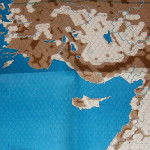 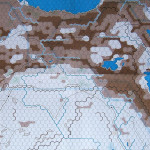 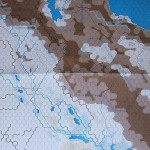 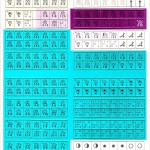 The Near East – Counter Sheet 35