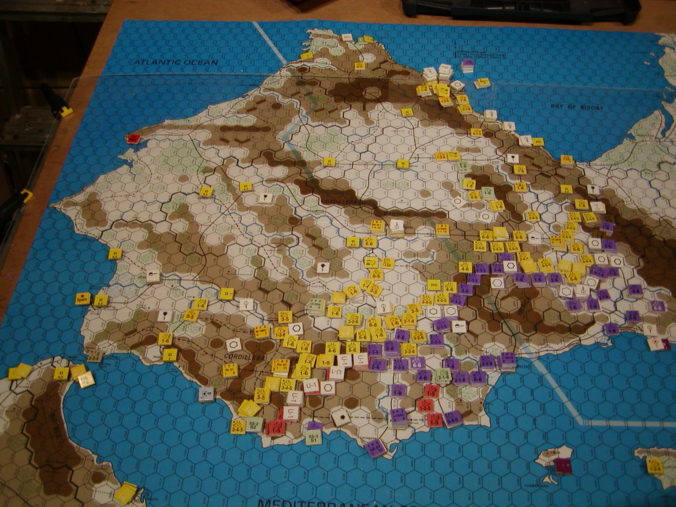 A war shortening, if not war winning, breakout this turn by the Nationalists!

Whereas the Republic have defended in depth in the north the defences in the south have been slowly stripped to replaces losses at the front and the rear is unguarded.

The Nationalists spot a vulnerable 10 pt reverse corner hex and the weather clears briefly allowing an armour assisted attack. The Nationalist are lucky and score an EX allowing the breakthrough to take place. The Transported artillery and the invaluable Italian mot  Artillery unit provides an overrun opportunity which swings in behind Albacete pinning 6 top quality Republic divisions.  A second stack exploits to the wooded ridge to the West of Valencia preventing relief from the East while a lone unsupported Lt tk regiment reaches the outskirts of the capital at Alicante and causes panic and chaos in the government.

The breakout not only traps the bulk of the defenders on this front it also cuts the republican line in two with zocs from the republican line to the coast at Elchi. The Republican supply net is divided into two . Cartagena/Murcia/Lorca and Valencia/Barcelona/ Lerida/Tarragona and the rail net is split.  The Anarchists can only draw 6REs of supply from Barcelona via Cartagena.

The Republic will have a choice to make.

Raising rail capacity despite the Valencia yards being damaged will give 9RE capacity which will allow 2 divisions and Artillery/regiments to move from the Zaragoza front but little can engage the stack just outside Yeica.

Under no option can the hex at 3708 be entered giving the Nationalists a free passage next turn to widen the breach.

Supply:  The clear weather allows much needed supplies to reach the high outposts of the Penebetica range (SW of Albacete)

Sortie 2: The rail marshalling yards at Valencia are hit, SM 79-1 (CTV) evades AA and scores a hit, damaging the yards and breaking the rail line.

Other sorties. Against Yards, airbase and rail lines are uneventful and inflict no hits. 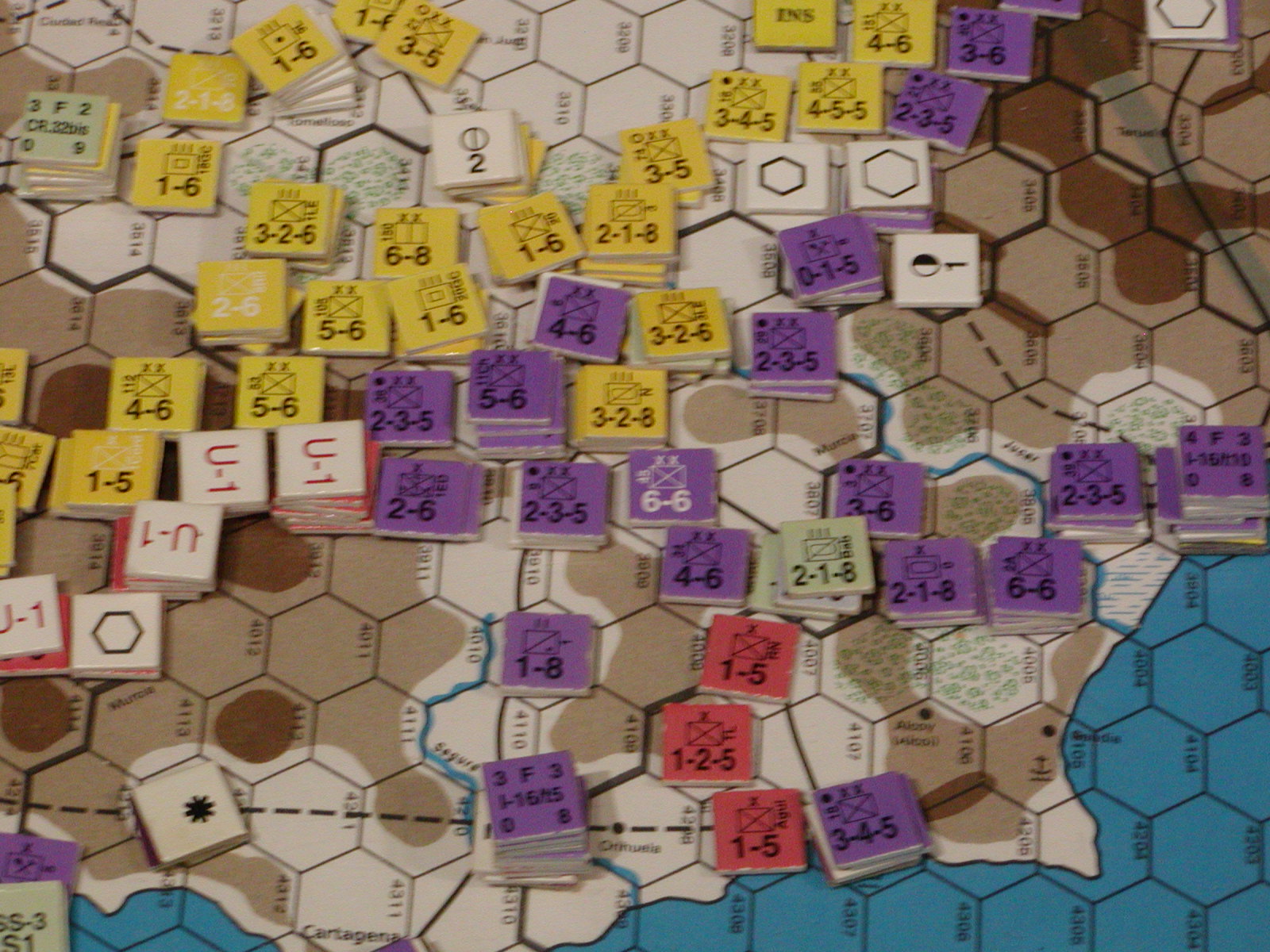