Europa series Game VI, The Campaign in Egypt and Libya, December 1940 to January 1943

Western Desert provided Frank Chadwick, ever the North Africa buff, to design a North Africa campaign game.  The game encompasses the campaigns in Egypt and Libya from December 1940 until January 1943, as well as the peripheral operations on Malta and Cyprus, and in Syria and Lebanon.

The Maps Stretch from the battle grounds around Tripoli to the Levant, along with Cyprus, Crete, Malta, and part of Sicily. Over a dozen types of terrain are charted. The counters represent the participatieng forces: The Italian 10th Army and 5th Army, Rommel's Afrika Korps, and the British 9th Army and 8th Army (including Indians, the ANZAC corps, Canadians and more!). Most counters represent divisions, but  individual battalions, regiments and brigades are available where historically justified. In line with other Euopa games, aircraft units are groups of approximately 40-50 planes organized by type (such as fighter or dive-bomber) and model (from obsolete CR.42 biplanes to Me109's and Spitfires). The rules utilize basic Europa game mechanics as a framework, with specialized rules covering the historical situation in more detail. The use of game mechanics originally designed for the Eastern Front is a testimonial to the Europa Series game rules.

Western Desert: Analyzing the Interplay of the Game, the Europa System, and the Historical Campaign, Bill Stone - ETO 3 and ETO4
“2C or Not 2C” Revising the Western Desert Order of Battle, Ben Knight - ETO 32/33

"Italian Offensive: An unofficial scenario for Western Desert" - The Grenadier 23

Western Desert at the Boardgamegeek

Grognard.com has some reviews and several pages of Errata for Western Desert 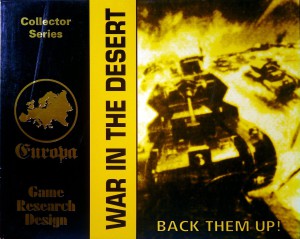 War in the Desert - Successor 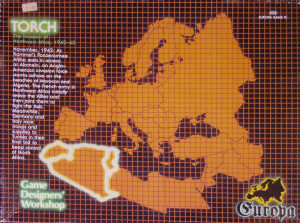 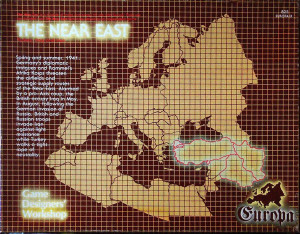 The near East - Expansion 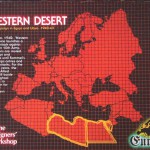 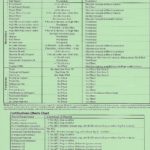 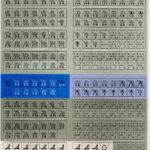 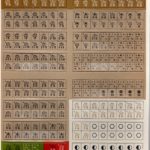