The advantage of digital wargames is the vast increase of complexity possibly by the fact that a  computer can do lots of calculations in the background. Supply, replacement and all the bookkeeping activities that have such a huge influence, if not outright determining the course of  operations and battles in the real world can be taken over by the computer. The player still feels their effects and the limits set by available ressources, but can concentrate himself on the fun part of organizing an army, which is leading it.

Over the years, a couple of non-official programs and helpers to play Europa have been developed. Vassal, CyberBoard, JET and others try to bridge the gap between digital wargaming and the classic wargaming world.

Due to copyright issues we will not link directly to files for the various playing aids, since it is - at present - unclear if HMS has granted permission for these game boxes and files to be created and distributed, and since some of them could arguably be considered a violation of copyright laws in some countries.

We do, however, include the list of available games and their modules here, however, for reference and interested parties who also own the game boxes themselves.

Description: Jet is a free computer program that is a playing assistant for the Europa Series (and sort of the Glory and The Great War Series) of games published by HMS/GRD. It is the only digital playing aid directly developed for the Europa Series, which obviously has a lot of advantages in terms of rules and chart integration as well as mapping.

Jet is no longer actively maintained by its creator, but Dan Whitaker offered the program a space on his own homepage and continues to host the game engine itself as well as the impressive list of scenarios and game modules available.

The Jet homepage at Regimental Depot

The Jet User Group at Yahoo 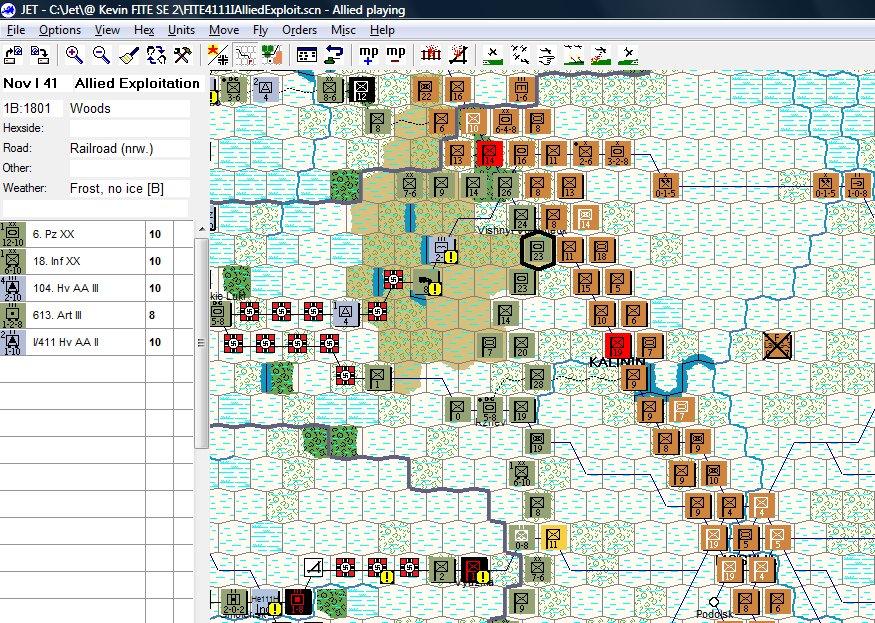 Sample image from a "Fire In The East Game" using JET.

Description: Vassal is a game engine for building and playing online adaptations of board games and card games. You can use Vassal to play in real time over the Internet or by email. Vassal runs on all platforms, and is free, open-source software.
Link: Vassal Homepage 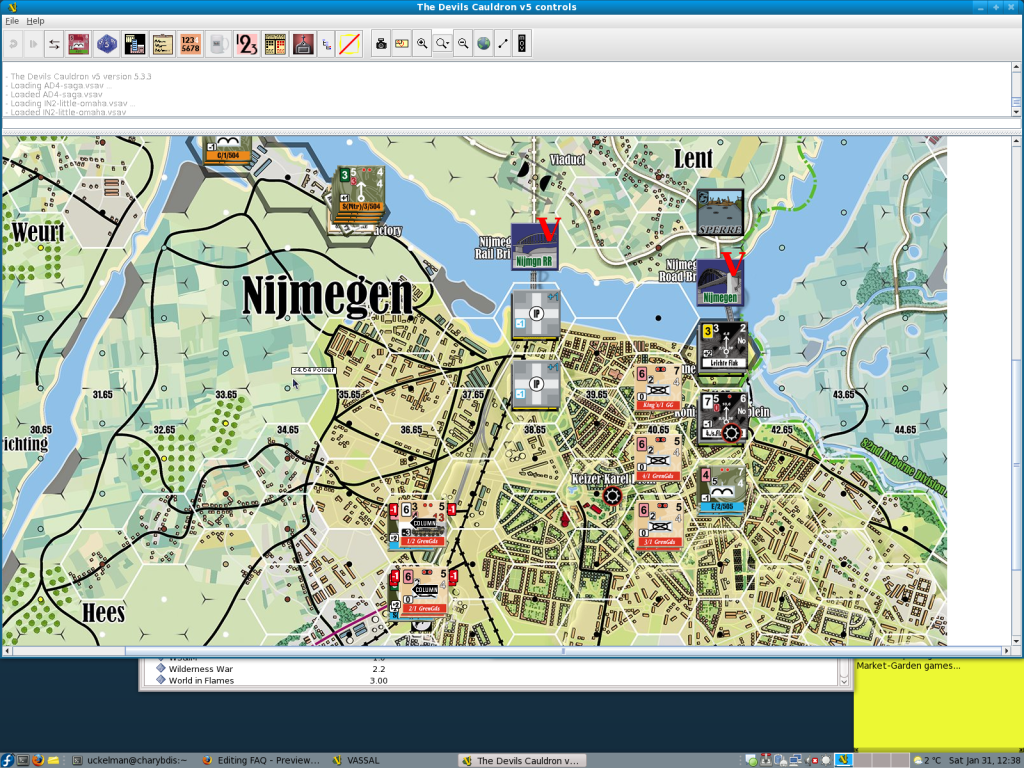 Description: The CyberBoard board gaming system makes playing board games by mail and electronic mail a more enjoyable experience. The system allows you to easily graphically design the various parts of a board game on your computer. The players can make their moves and exchange recorded versions of the moves with their opponents. The opponent can then play back the moves.
Link: Cyberboard Homepage 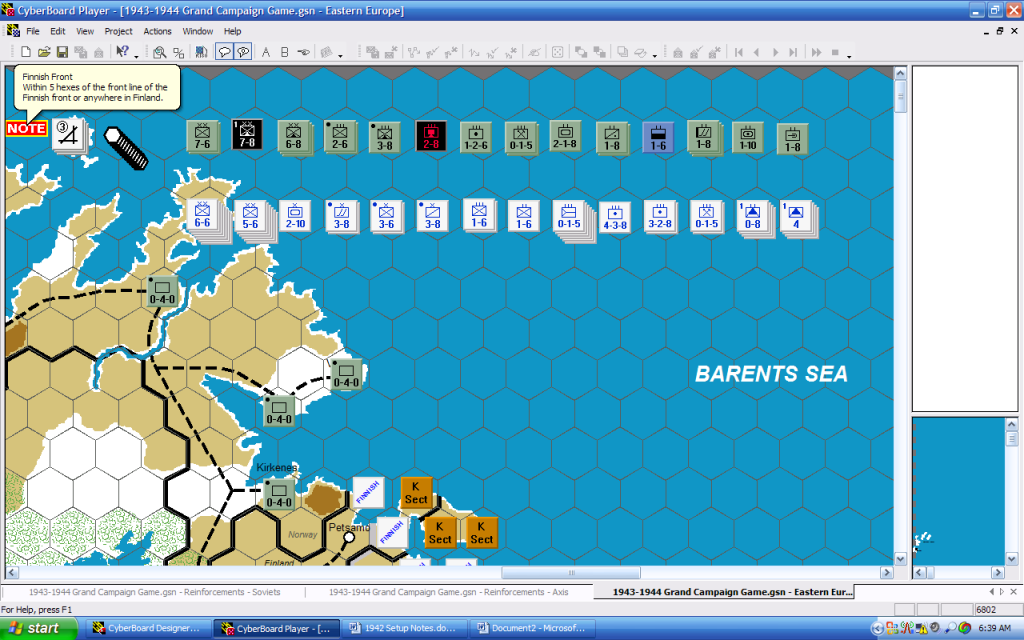 Description: ZunTzu is an online boardgaming platform. You can use it to play boardgames and wargames live with your friends over the Internet.
Link: Zun Tzu Homepage

Luiz Claudio Duarte created a couple of virtual game boxes for use with Zun Tzu, however, currently only the "Operation Icarus" module is available for download at HMS/GRD´s homepage. 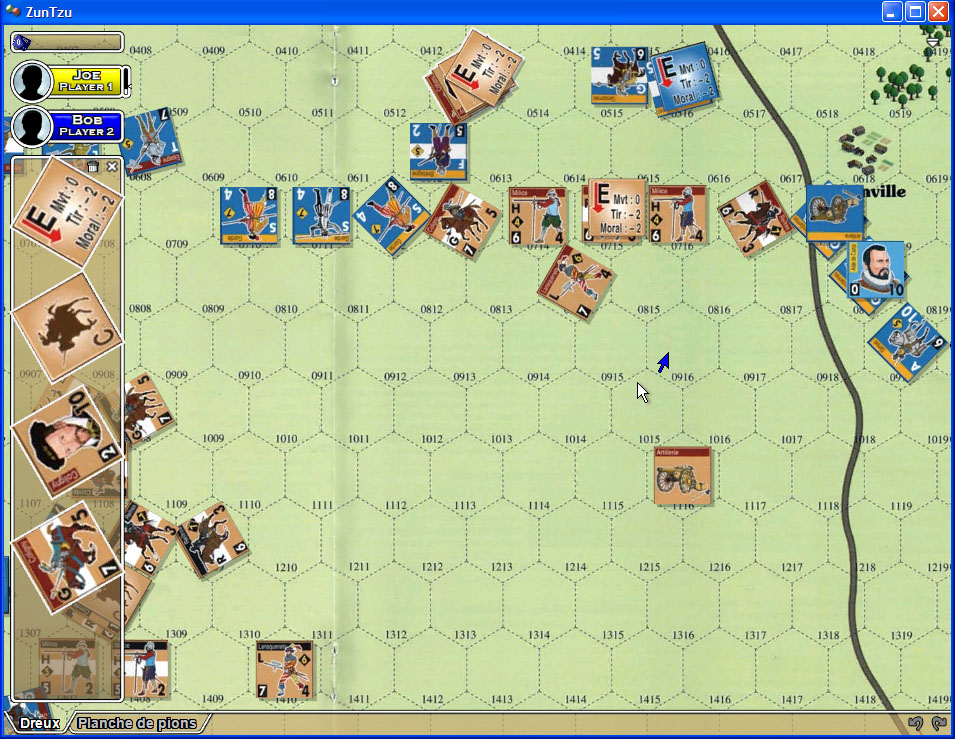 Zun Tzu Screenshot. Note: This is not a Screenshot of an Europa Module