Weather. A warming in the south brings mud to Zone C.

Finland & Army of Norway: In the far north German units fall back to Murmansk and Norway. The few battalions left in central Finland make a bid to escape to the Gulf of Bothnia ports pursued by the Soviets.

In the south Fortifications are started around Helsinki but with hardly anyone to man them they a likely to pose nothing more than a road bump to the advancing Soviets. The large motti once again slides west and into supply due to a tardy Soviet encirclement which placed ZOCless regiments in its path. 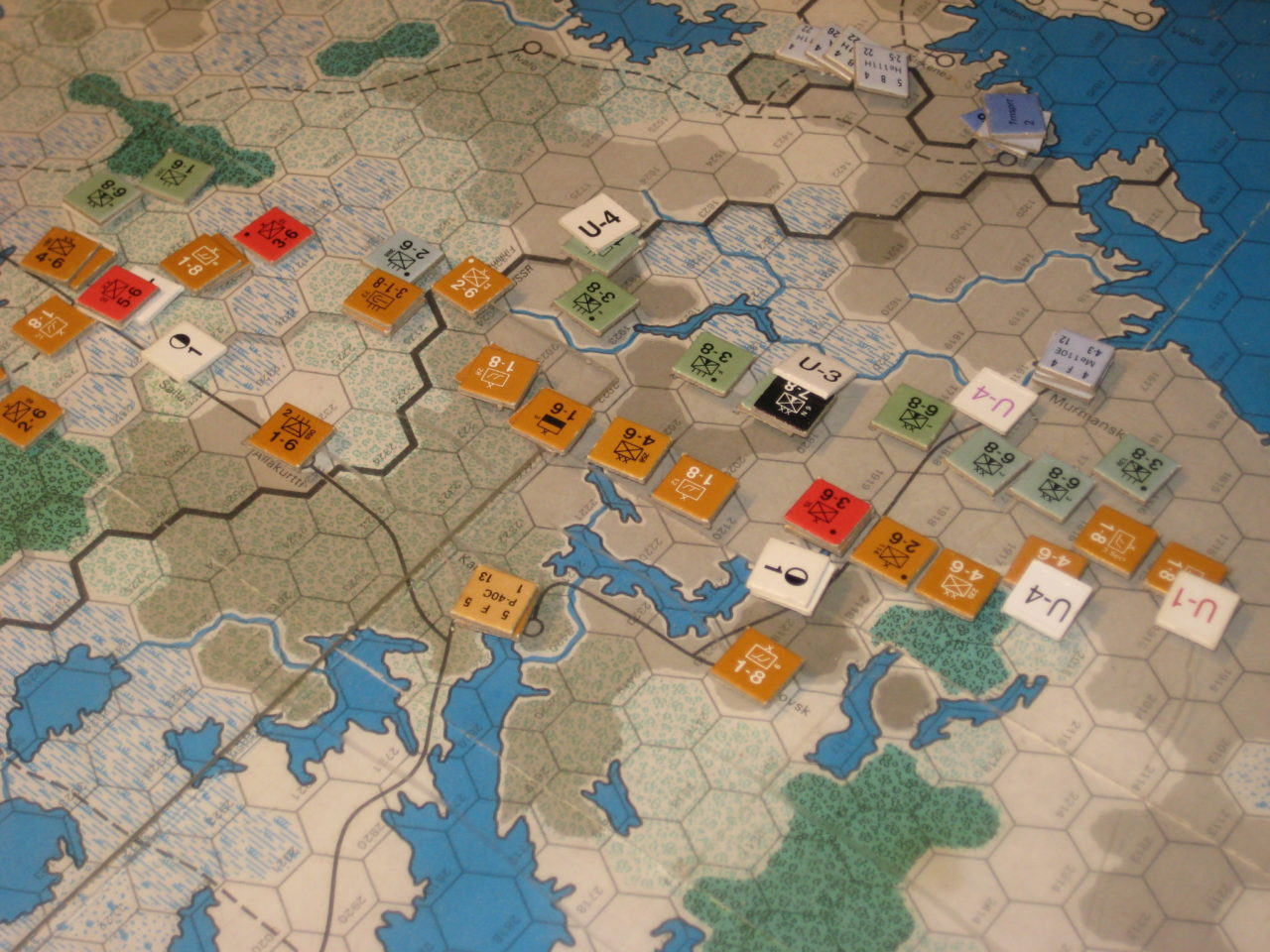 The Axis retreat towards Murmansk

AGN: With the Eastern-most units out of supply the Axis desperately move as fast as possible West but in most cases this is only one hex or two. Mech units leave some infantry behind for fear of encirclement.  The northern Soviet advance directly south from Leningrad is too strong to attack directly but an attempt is made against its flanks. As a result an 11-8 mech is cadred but the Axis just do not have the strength to attack the second flank so choose not to advance into the maw of the advancing Tank Army leaving the spearhead in supply.

The Axis contemplate an attack against Moscow and although strength is sufficient the presence of a NKVD political unit on 3x Guards Infantry means any such attack would fail to dislodge the defenders. So no attack is executed.

AGC: Mobile units are moved up just north of Voronezh with a view to capitalizing on Operation Oxbow’s advance south of the city. 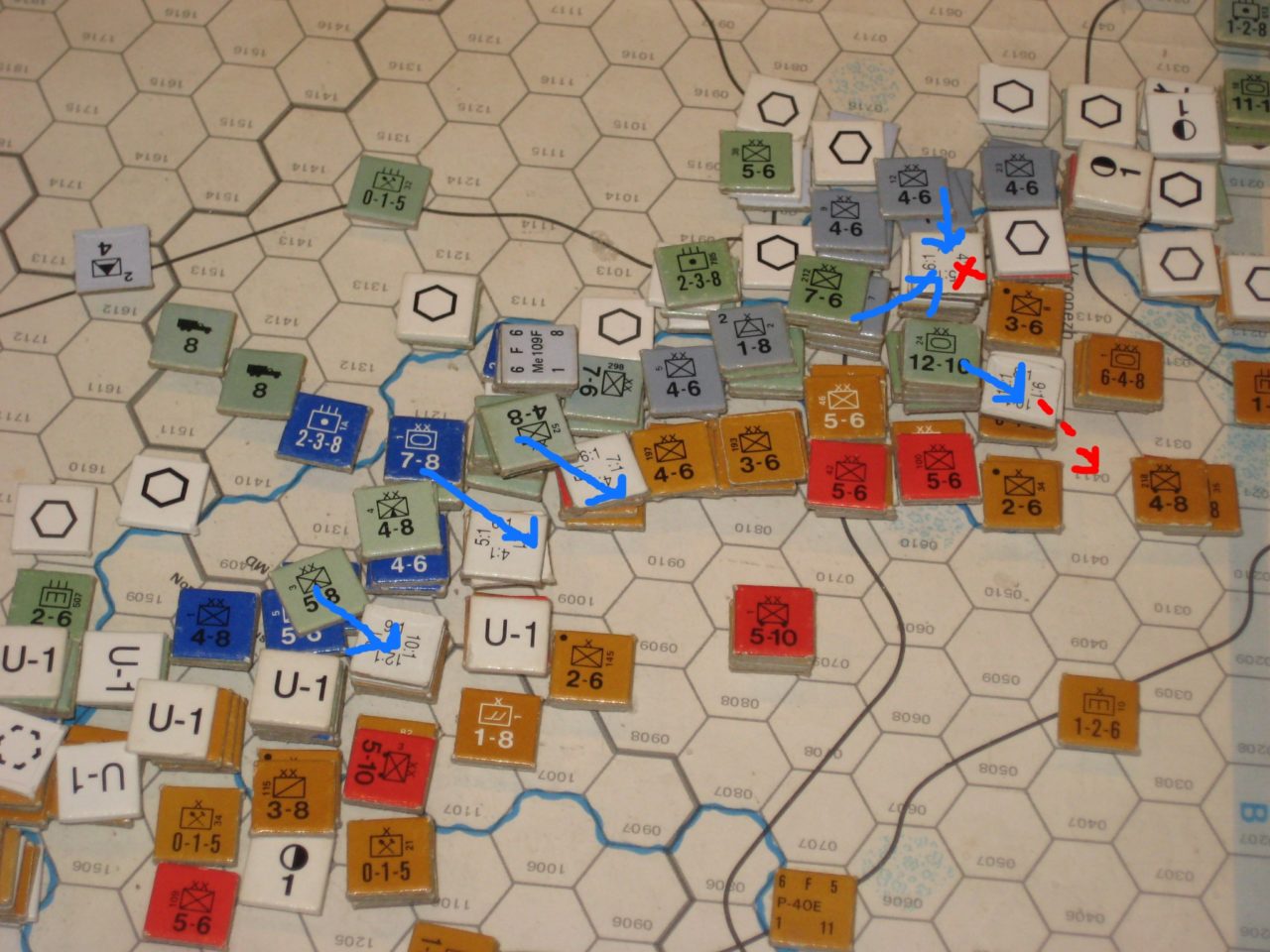 AGS: Oxbow continues with 5 attacks along the front. The shorter lines of supply shift the emphasis north where the advancing front is still in range of the rail net. Strong forces encircle and eliminate a fort 30 miles south of Voronezh but a 6-4-8 Tk escapes elimination at 8:1 due to its -4 AT defence and retreats in good order.

Air Battles: The Luftwaffe once again support the defence of Finland and DAS flies constantly over the retreating/defending troops on the main northern front. Rail busting in the centre causes 2 hits east and north of the Oxbow operation but costs the life of a JU88A.