Finnish Front: In the far north forces close in on Murmansk

Total collapse of the Axis in the centre with a mopping up operation to clean up a few stragglers.

The drive to Helsinki continues chewing up a 5-6 German infantry division reduced to cadre in combat and overrun in exploitation. The 3 division Finnish Motte is surrounded but not engaged.

Leningrad Front: In the far west of the line a division is retreated. The drive directly south from Leningrad is stalled by the increasing density of the defenders. A single 3 hex assault clearing one corner fort.

At the eastern tip of the retreating axis two hexes are assaulted and losses inflicted. But with two DRs out of the 4 attacks these are limited.

Moscow Front: The new commander with the assistance of engineers and new artillery and guard’s rocket divisions succeeds in taking the penultimate hex of Moscow! The Axis have now lost 4 of the 5 hexes they held at the High Watermark of their advance.

Within the Tula fortified zone secret plans are afoot to assemble a vast strike army ready for a summer offensive. Already from scrappage new recruits and replacements a number of the latest Guards Tank corps are in place awaiting infantry support and the end of winter. 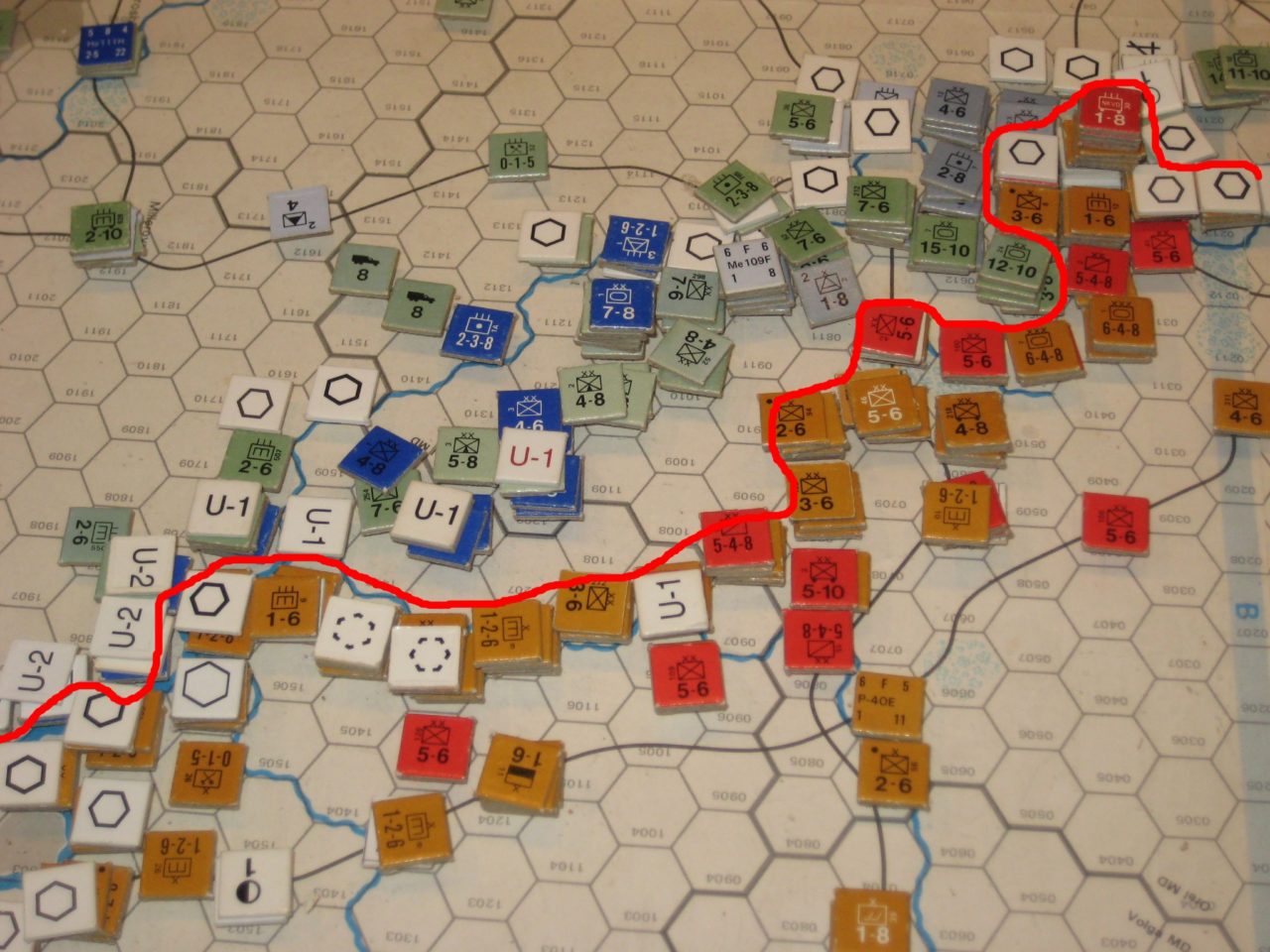 Voronezh Front.  The majority of non-armour recruits are directed south to bolster the defences but the Soviets continue to pull back placing most units in supply and tempting the axis to advance out of their supply limit. Immediately north of Voronezh rumours of Axis mechanized forces in the area lead the Soviets to bolster the fortified line there.

Air War: A few airframes are exchanged and Aborted in a variety of  air operations across the front.