Finish Front; The Soviet relief column races north – will they be in time to save Murmansk?

Leningrad Front: The offensive drives further south but on a narrow one hex front and still just 16 miles short of the vital Axis rail supply line. The breach is widened west and the attack out of Narva is launched which cadres the defending German infantry division. 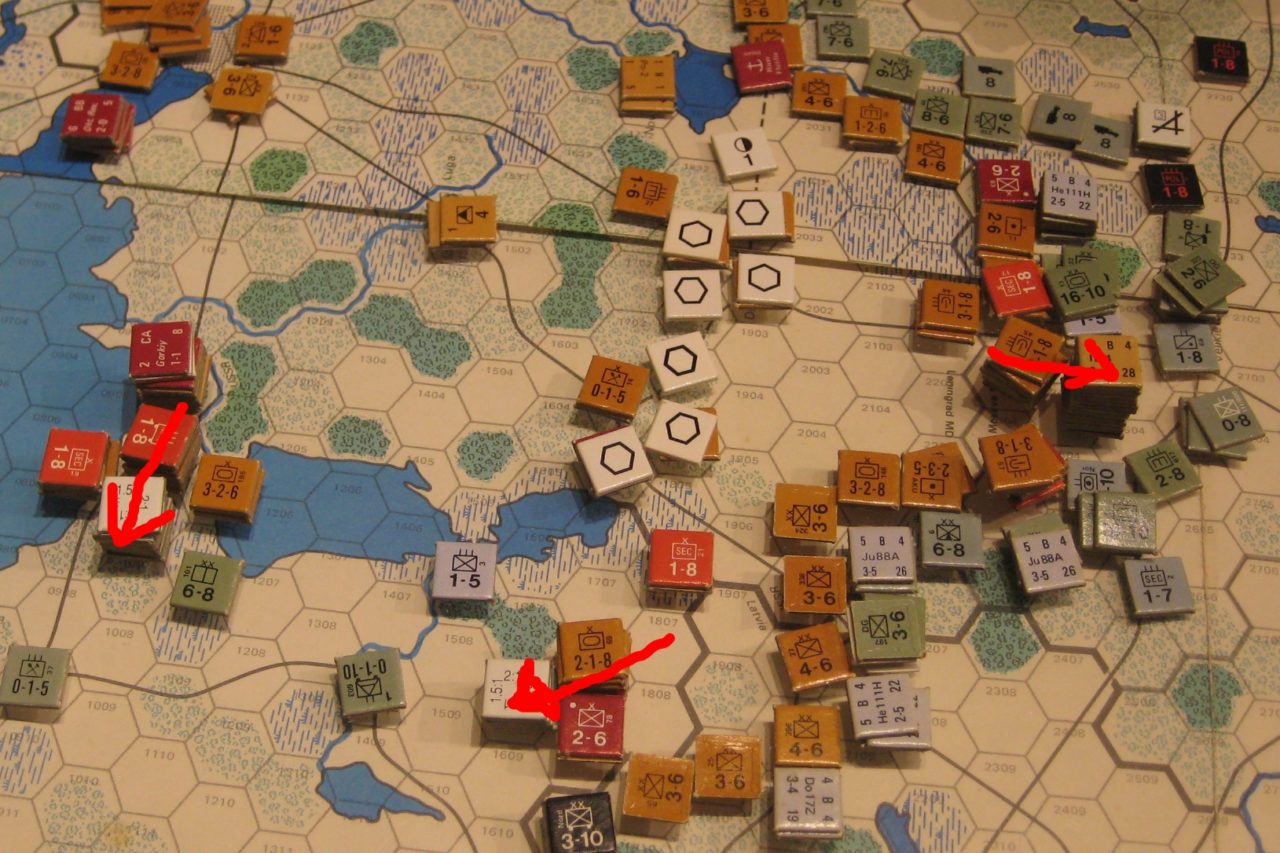 At Kalinin the front continues to dissolve and pull back but a good firm shoulder protects Moscow from any moves East by the Axis.

Moscow Front: Trapped but still dangerous the isolated Soviet pocket at Moscow West swipes at an infantry division and cadres it,

Voronezh Front: The main push continues on the NW axis with the soviets forming a defensive line against any Axis moves from Kharkov. 5 hexes are attacked between Kursk and Tula cadering an infantry division and Panzer XX. 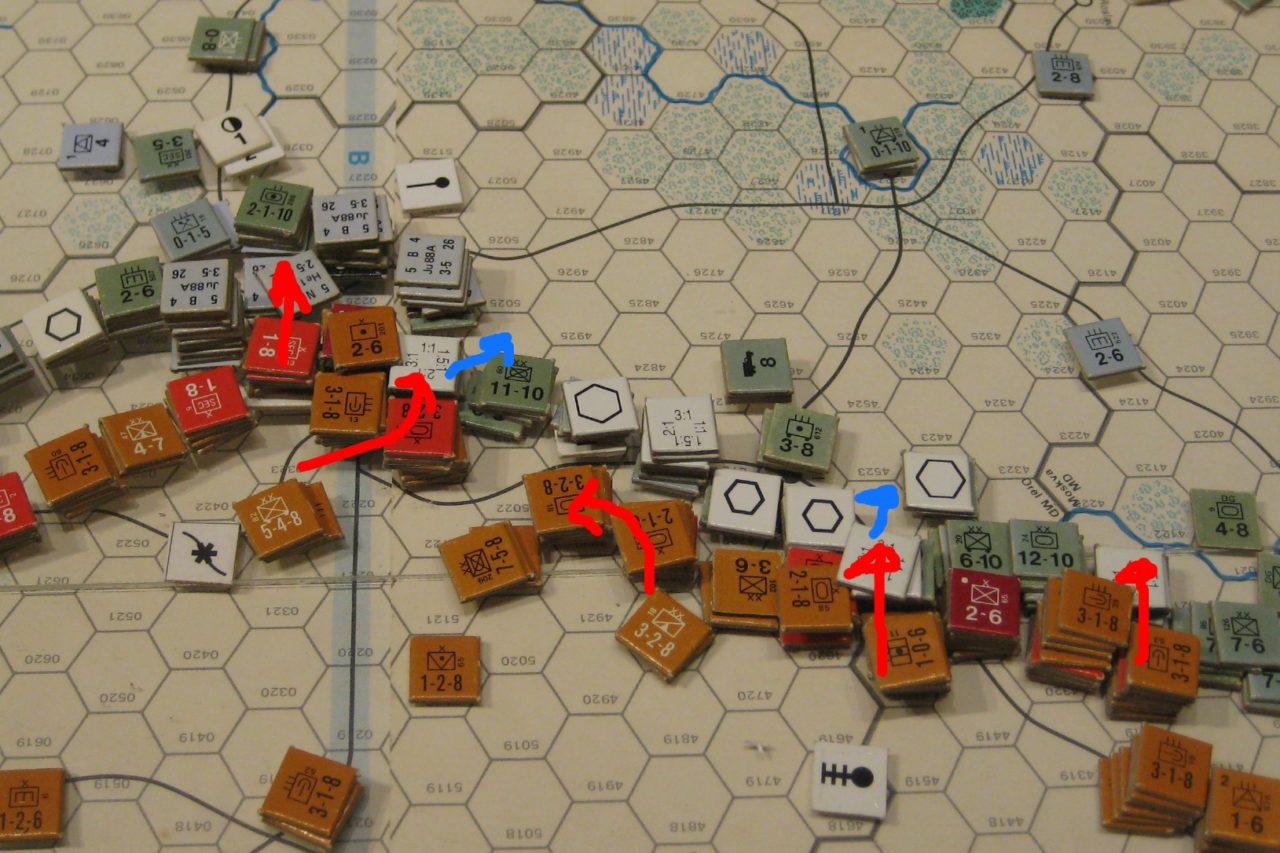 Mar II Sov 1942: Soviet attacks along the main front as the winter offensive slowly peteres out

Crimea and Odessa: A punitive raid from Kerch retreats the German infantry cadre. Odessa feeds on supplies and hopes the transports will get through.

Air War: The Soviets attempt to ferry supplies into Odessa with some protection from local fighter squadrons. Of the 5 strong transport fleet, 1 is patrol attacked away one eliminated by interception and two more are returned so only 2RE are ferried in to feed 13 REs of troops.