This being posted 100 years from the end of  “THE WAR TO END ALL WARS”  a poignant reminder that lessons were not learned 21 years later;

What passing-bells for these who die as cattle?
Only the monstrous anger of the guns.
Only the stuttering rifles’ rapid rattle
Can patter out their hasty orisons.
No mockeries now for them; no prayers nor bells;
Nor any voice of mourning save the choirs, –
The shrill, demented choirs of wailing shells;
And bugles calling for them from sad shires.
What candles may be held to speed them all?
Not in the hands of boys but in their eyes
Shall shine the holy glimmers of goodbyes.
The pallor of girls’ brows shall be their pall;
Their flowers the tenderness of patient minds,
And each slow dusk a drawing-down of blinds.

Finland & Army of Norway:  The Garman forces push East passed the rail line immediately south of Murmansk cutting it off again from the south. In the South the Fins only obtain a DR in an attack north of the lakes.  A reinforcement 6-8 mtn arrives at Petsamo.

AGN: In front of the Soviet drive south from Leningrad the second 16-10 panzer arrives but no offensive action is taken and the unit joins arriving reinforcements to bolster the defence.

The Kalinin operation continues with infantry forces arriving to reinforce the panzer spearhead. The Soviet flank to the left of the breach is hanging in thin air and two hexes are rolled up together with the stay behind fortified 4-6. On the German right (East) flank the Germans take out a lone 3-6 but otherwise hold the line. Harassment plasters both flanks to hinder any soviet moves to seal the breach. 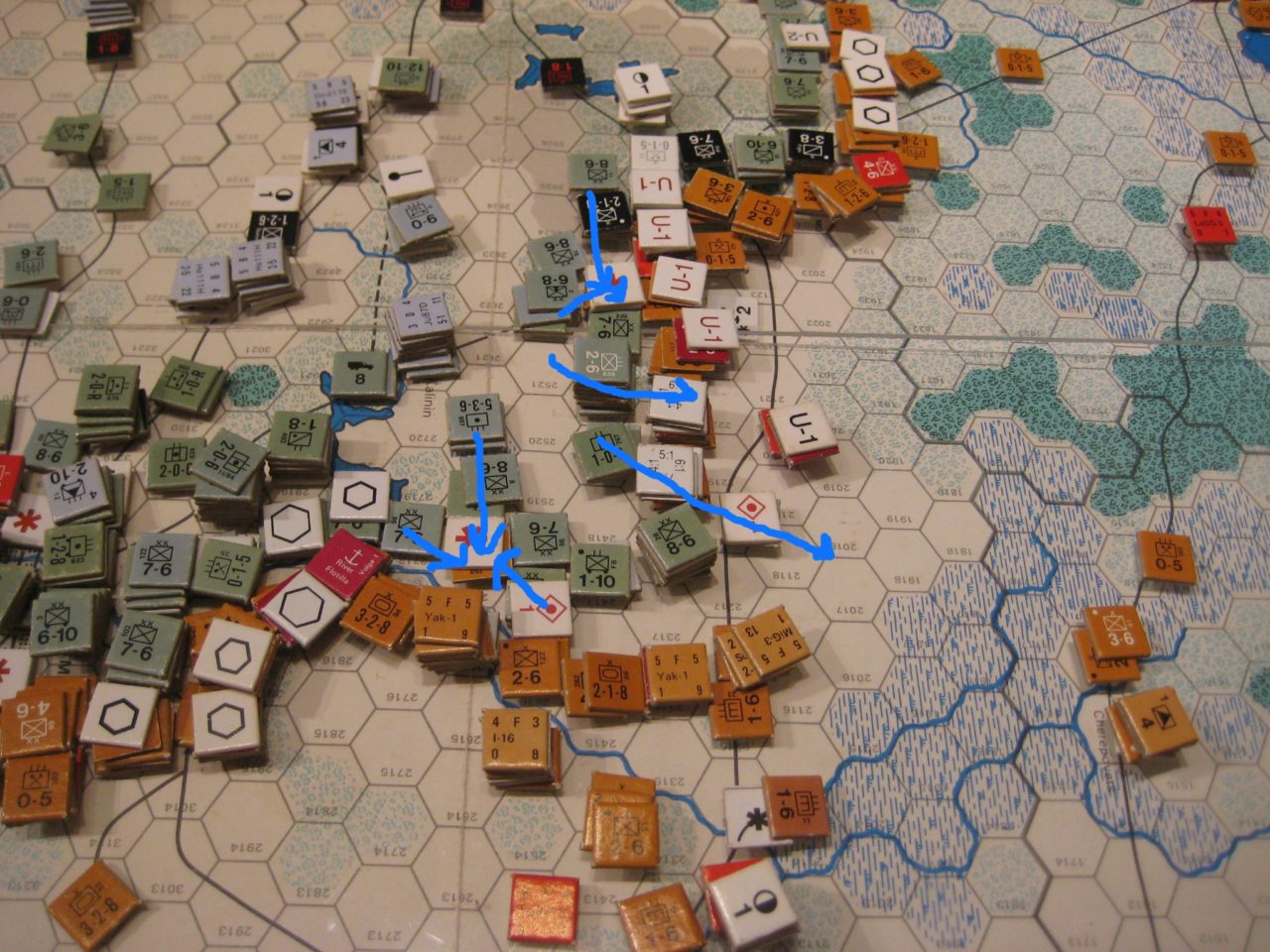 AGC; In the latest round of tit for tat at Moscow the Germans take the fortified city of Podolsk  thus trapping the soviet relief column and the city once again.  (Podolsk had been too week left weak to supply troops to bolster the Soviet advance column to relieve Moscow West.) 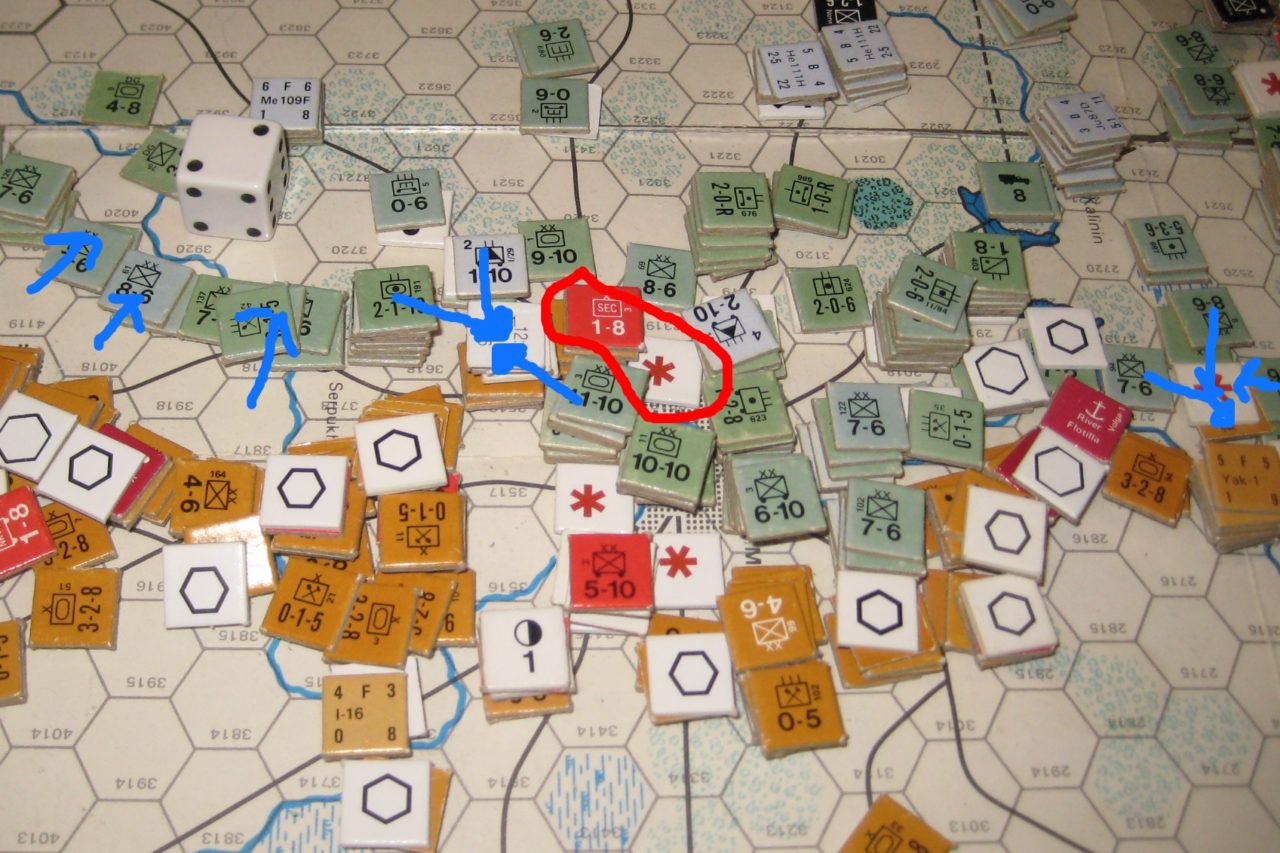 AGS. Other than eliminating a single 3-6 holding a Soviet weak point no other attacks are made in this sector.

11th Army and the Crimea:  No action on this front but twin engine fighters are transferred south to intercept future attempts to ferry supplies into Odessa.

Air War. Other than the harassment at Kalinin the majority of Axis air activity this turn is flying DAS missions to the front. The one offensive operation is at attempt to eliminate the Soviet transport air bridge ferrying supplies to Odessa. Two airfields are bombed but disappointingly result in only 2 aborts.