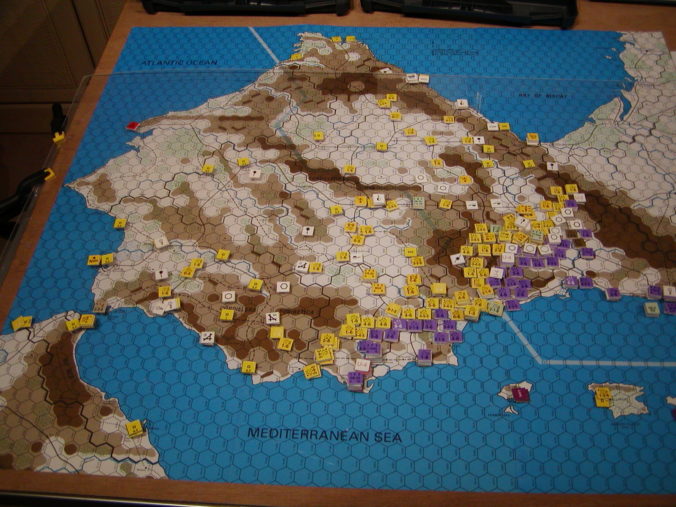 Death of a miner.  For Eric Tennyson Postlthwaite it had been an eventful war. From his arrival at Cartagena in Mach and his baptism of fire at Alcazar he had seen action on all fronts. The proud 35th International division was amongst the best the Republic fielded and was at the forefront of most major assaults.  Following the defensive action at Cuenca they were transferred to Aragon and put into the line at Catalayud; from there the drive North to Pamplona. It was the 35th that lead the massive cross river assault at Villafranca.  Eric had briefly camped with some of the Basques who they had helped escape south, a rather surly lot but comrades for the cause nevertheless.   Then through no fault or lack of fervour or effort on their part the string of victories ended and the 35th along with the cream of the Republic was ordered south amidst rumours of a Nationalist break out from Zaragoza. The 35th bravely held the corridor open for escaping units then moved south with the remaining stragglers. It took 3 long months of hardship for the 35th to move to safety, under a constant bombardment of Nationalist air craft and shelling from over the Aragon River.  Where were the Republican fighters who had served them so well in ‘37?

But with determination and camaraderie they had successfully extracted the division more or less intact and been shunted back to Murcia, too late though to help in the defence of the main base at Albacete where Eric had formed some of his friendships with the others who has rallied to the cause. Friendships formed in the training camps and forged for life on the battle fields of Spain.

The 35th was now pulled out of the line again and rushed to Valencia. This was the largest Spanish city Eric had yet seen with its industry, port and commercial centre. They had moved through to take up a position on the North Western approaches where an attack from the Elite 13thNationalist Division was expected. A clash of giants. However it was an unequal fight. Eric’s 35th was supported only by the battered remnants of the Second Asalto division shattered from an earlier engagement falling back from the Wes. Indeed it was the steadfast resolve of Eric’s comrades and commanders that had shamed the 2nd Asalto to turn around and stand fast against the pursuit of the Nationalists who had broken their fortified position with apparent ease.  The defenders also had a levy of local garrison irregulars. Their skills were untested but every rifle was needed.  The 13th Nationalist Division  by contrast was reportedly supported by at least four other divisions, , cavalry, numerous batteries of artillery, the feared colonial troops  and tanks;   plus support from Italian and German fascists.

Diego Fernandez of the 1st Reserva General Artillery Brigade pulled the lanyard on his Cannone da 105/28 M13 Field Gun at 6.00 a.m.  on the morning of 15th April 1939 to announce the opening of the attack on Valencia.  The shell, following its pre-determined parabolic trajectory, landed on the overturned truck forming the perimeter of Eric Tennyson Postlewaite’s position exactly 2 years to the day that Eric had proudly marched out of the Barracks at Albacete for the front and glory.

Weather;   No change.  D=M. E=C , A= c, M= c
Supply:. Other than the Anarchists in Murcia both sides of the split Republic have viable supply nets so only the tongue of units trying to move south to Terul are out of supply.  The Easternmost stack of Mech units is U2/Isolated.
Replacements: 1.5  SRP recovered.
Movement: 1 Res pt spent to temporarily increase Rail Cap to 24.75 REs

Sortie 3: Large Raid only inflicts one Hit against the Port of Tarragona

Exploitation movement.: Mech units and transported artillery move back into the line East of Valencia. 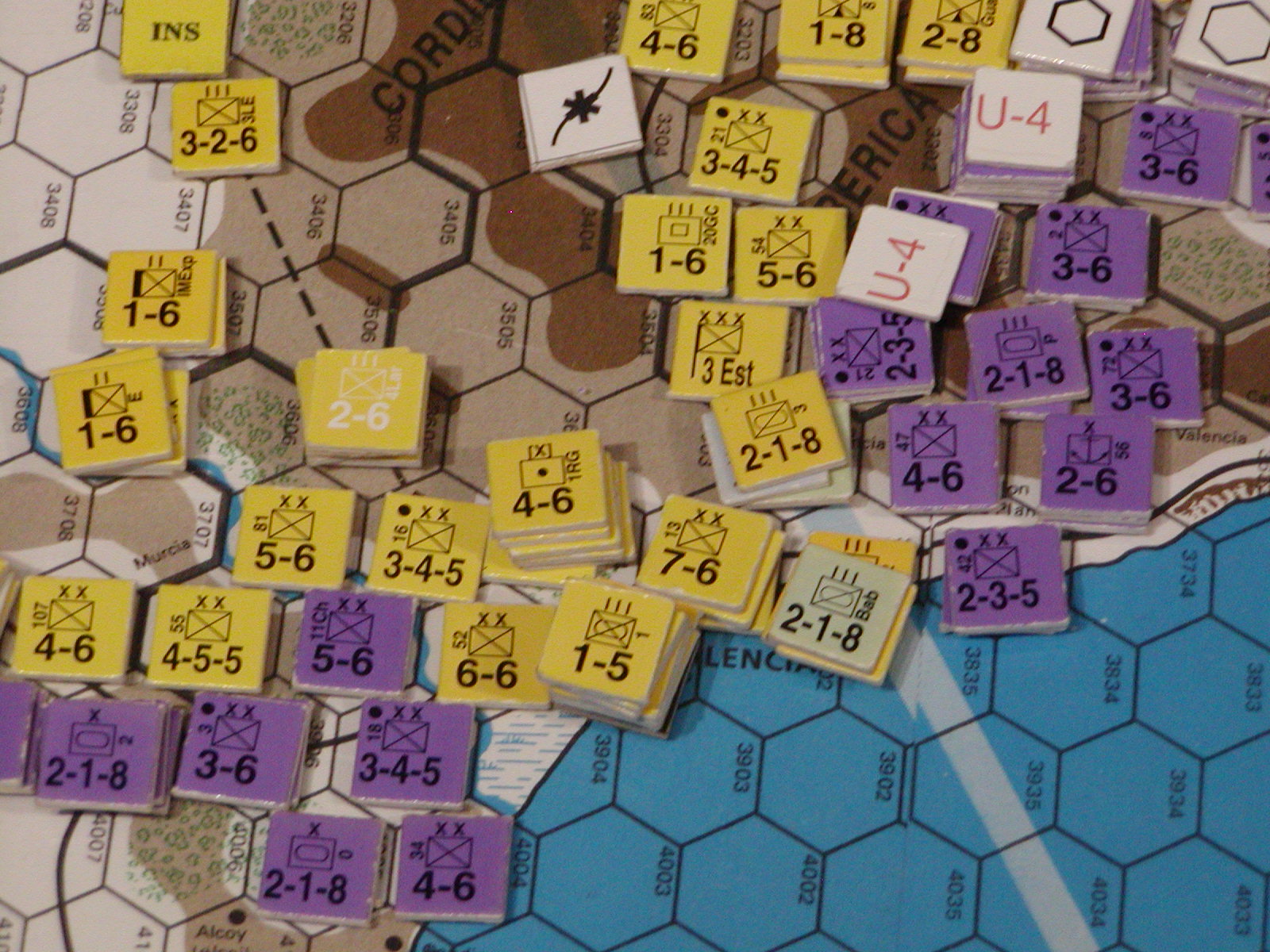 Valencia is in Nationalist hands!

VPs : Goberneto none collapse (R+5 VPs) None Surrender( R+10 VPs)
French border ;Open
Guerrillas; Ineffective
Supply:  Anarchists move to U and roll for elimination except 26XX (An) which draws on GSPs at Murcia.
The following are lost:  3-6* XX, 2-3-5* xx, 2-5, 2X 1-2-5, 11X 1-5, 0-1-6 art. The loss of these factors will put a severe strain on the Republics ability to hold the perimeter in Murcia.
The Republicans trapped North of Truel become U4 but all are un-isolated and moving towards a full supply state in Catalonia,.
Replacements;   1 SRP, 1.5 SRP (Int) recovered.   I-16/t10 rebuilt. Anarchists spend the last of their accumulated  IRPs to partly rebuild the army.
The delayed 2 steps Supply and Art point are received from France.

The Official History of New Zealand in the Second World War