Finnish front.  The Axis defence of Murmansk will be a tough nut for the Soviets to attack with 5 full strength mountain divisions including Nord securing the perimeter. These troops can be easily supplied by sea from Norway. The Soviets will need to assemble a strike force able to maximise attack success possibilities so any further advance against the city will be halted. They will also need to construct more airfields to attempt a bombing campaign on the port to reduce the Axis re-supply capacity but will also need long range bombers flying in from the south to minimise RP expenditure and these units are in short supply.

At the moment they are prepared to play the long game and are not minded to use guards assets in this theatre.

To the south and west the long march north continues, and the last Axis unit is surrounded. It will be starved out. 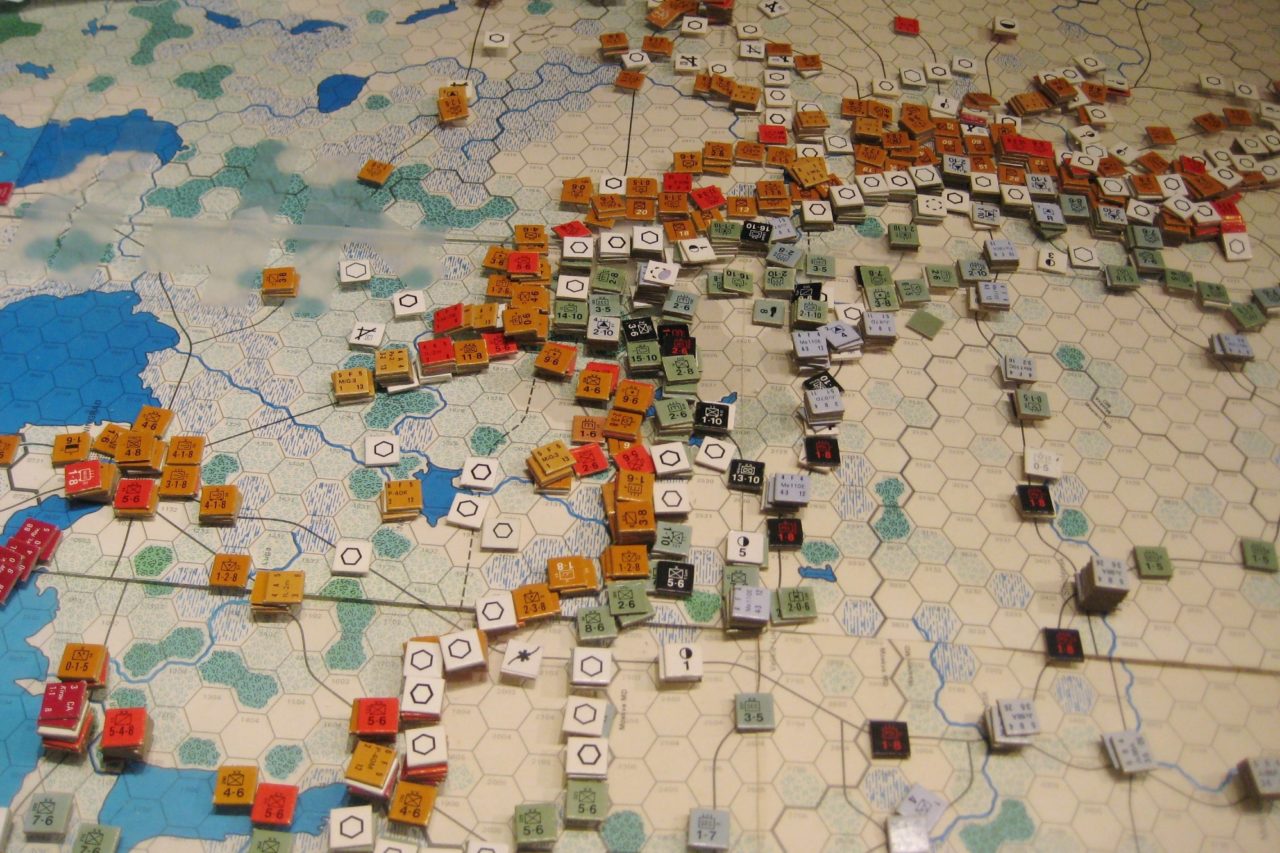 Leningrad front. All offensive operations directly south have now ceased with the tank corps’ withdrawn to Leningrad for strategic redeployment.  On the Kalinin sector a single attack is launched against a 21 point stack north of the city. The defenders avoid losses by abandoning their prepared position and withdrawing 16 miles westward.

Moscow Front: With three NKVD units to provide political fervour the Soviets launch a surprise attack against the central west Moscow hex (the sole remaining in Axis hands) With engineers nullifying the adverse modifier the low odds 2:1 attack goes in but achieves a AR changed to a NE by the NKVD ensuring no retreats despite the resolute Axis resistance. Those in the Soviet command who objected to the attack on the grounds that it would prematurely alert the Germans to the possibility of such an attack are vindicated.

Voronezh Front: Still unable to attack the ring of steel around Voronezh the Soviets continue their broad front attack south of the city pushing back Axis the line 16 miles and inflicting 18 point losses on the Axis. They closely miss overrunning some valuable truck units behind the front line as retreating Axis cadres cover the rear preventing any meaningful exploitation. 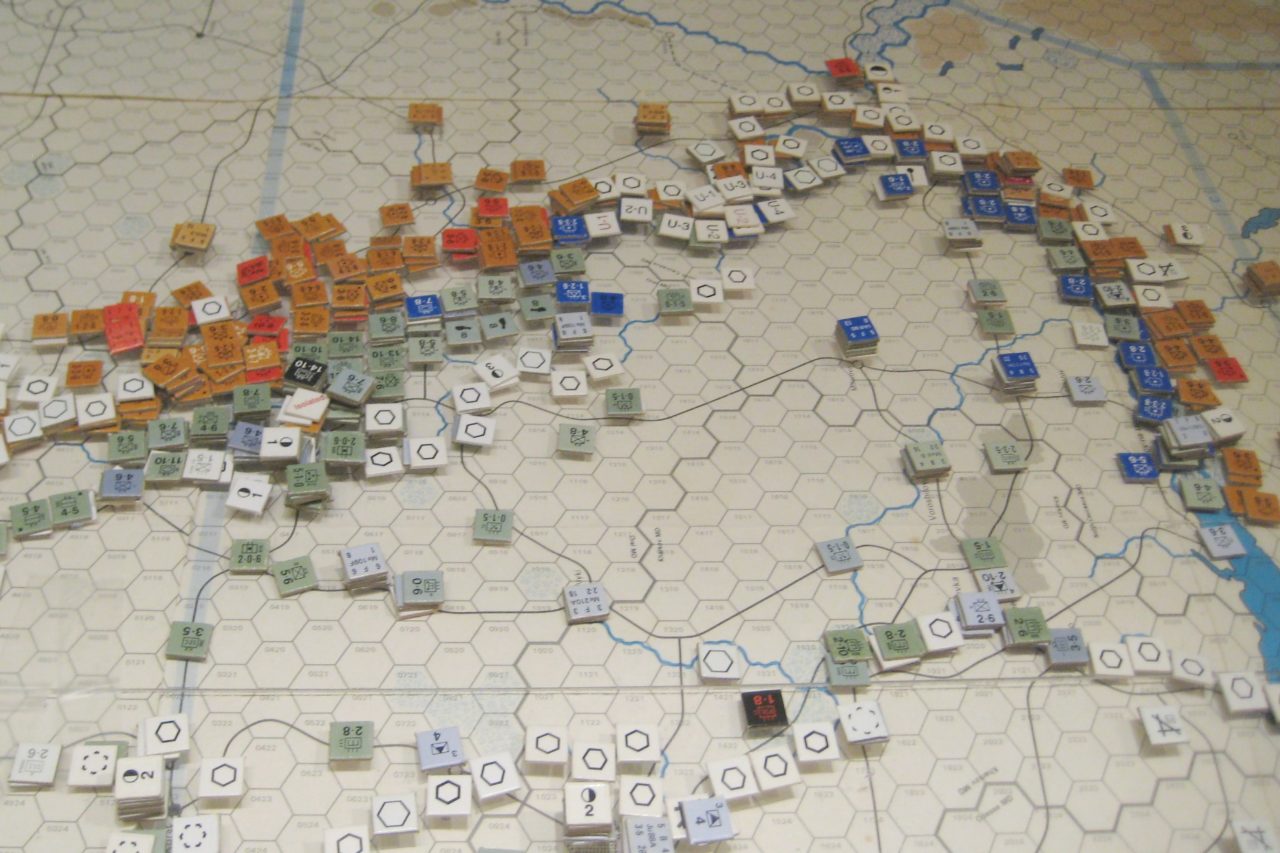 Air War; 8 deep raids are a complete flop inflicting no hits.  Similarly battles for fighter superiority in the Moscow area inflict a single loss on the Axis at the cost of 4 losses on the Soviet attackers.