The Soviet steamroller ploughs on pushing further west against stiffening German opposition. Kursk defenders hold firm and the line holds but in the centre a panzer division and infantry stack is carded and a modest breakthrough just south of  Tula surrounds more German mech.

Finland and the North. The Soviet relief column pushing north up the main line brushes ‘Nord’ aside and advances towards the 7-6 inf XX astride the rail line . To the East German/Finnish forces try to reconnect with the stranded inf division.  It is now a race between German troops at Murmansk and the Soviet relief column driving north which will determine the fate of the most northern Soviet city.

Leningrad Front: Pressure builds as more and more Soviet troops pour south from the assembly point in the city.   Guards and Naval troops swell the ranks and provide much needed winterisation effects to this secondary front. Most are not in place this turn and existing forces manage to push back on the left flank down the old boarder but stall in the swamps forming the eastern flank of the drive. 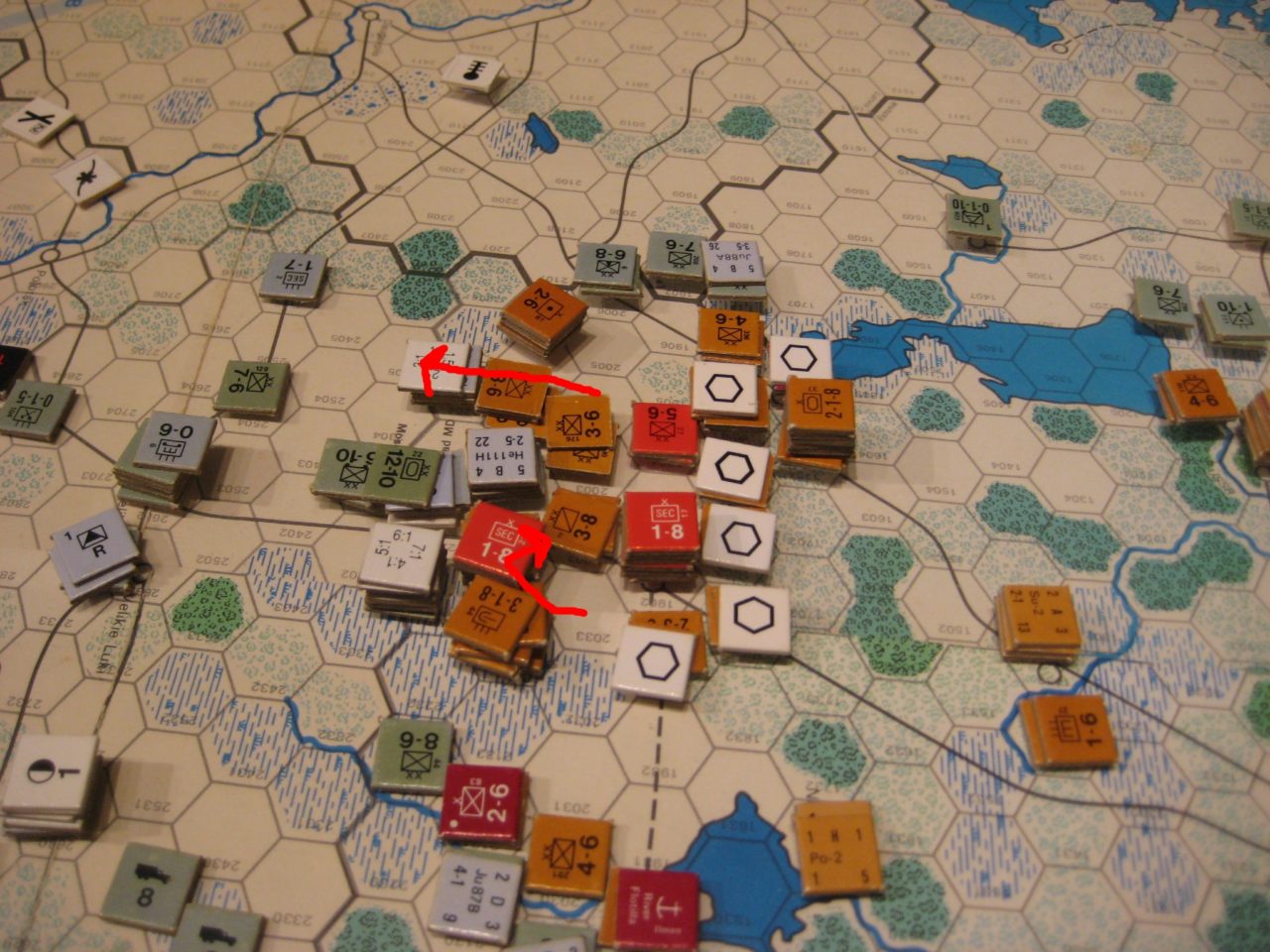 Voronezh Front.  The offensive south of Tula proceeds as the introduction with a German airfield immediately south of Kursk repelling a Guards Calvary assault. A Rumanian division which stood alone to screen a gap between here and the fortified line shielding Kharkov is obliterated. In total the Soviets launch 5 attacks on this front this turn. 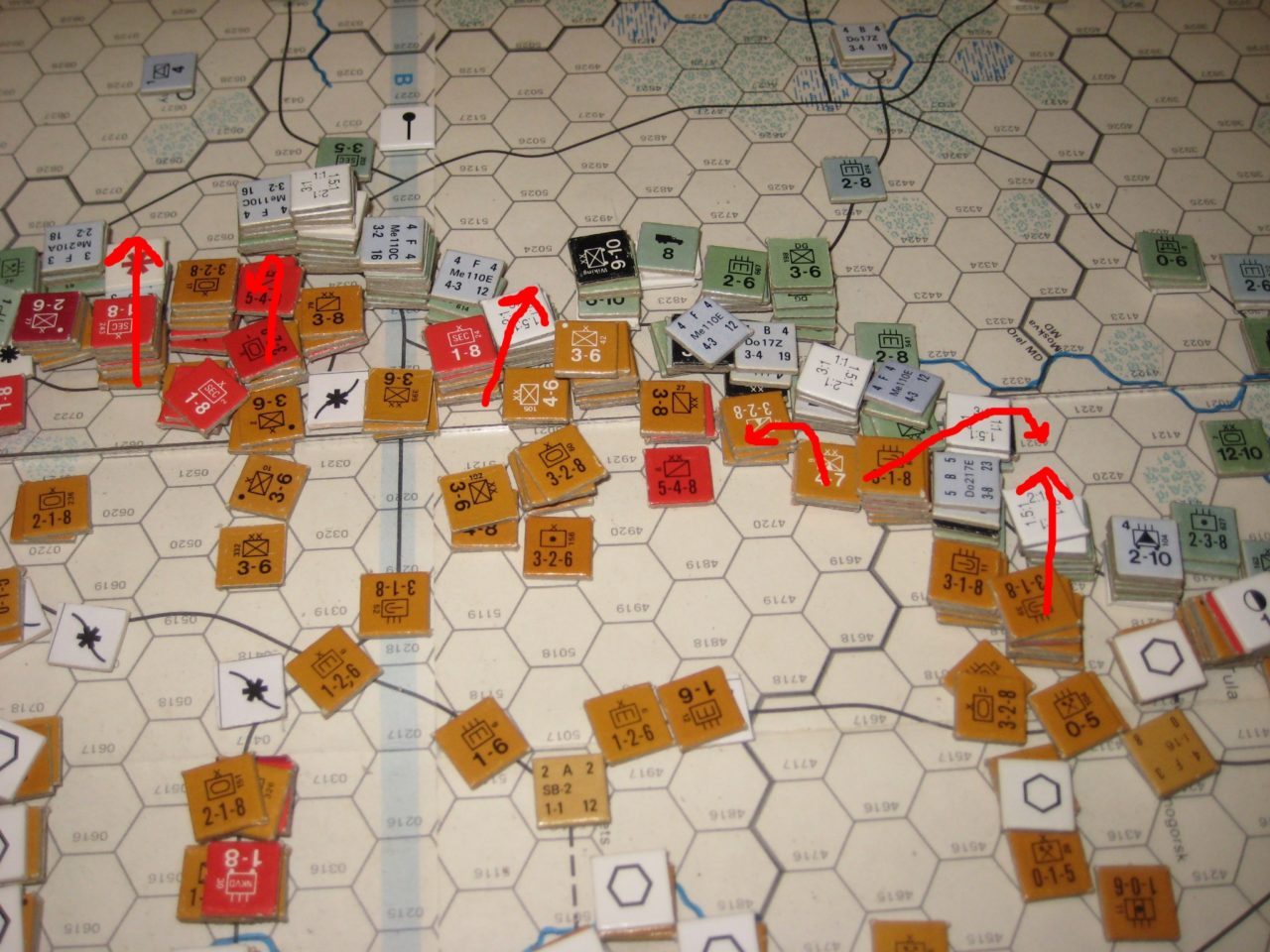 Rostov Front. All quiet here and in the Crimea.

Air War Learning from their adversaries the Soviets launch a series of deep raids against the German rail net. They successfully isolate the norther line to the front and Leningrad but the line from Kursk to Kiev remains intacked.