Weather; The freak weather continues with snow returning to the Arctic zone but mud persists in B & C, clear further south.

Finland & Army of Norway. Little action as the German forces at Murmansk sit tight.  Transports arrive from Germany to supply the city ferrying in 20 REs; more than sufficient for the defenders. A fighter is transferred for defence should the Soviets try to interfere from the air.

North of Ladoga the Finns start up their attack again eliminating a 4-6 xx.

AGN: In their desperate attempt to sever the Moscow road the Soviets stripped the flanks of troops to bolster their main spearhead and obtain the force necessary to engage the panzer /Infantry stack reduced last turn. This left those flanks dangerously thin.

Further east Axis forces take the all-important forested crossroads at the NE of the Valdai and put their front line in regular supply again allowing the truck support to begin the move east to Kalinin. Here the break is further widened but faces increasing opposition from Soviet reinforcements. Harassment is used here also to deny Soviet troops marching south from the E-W rail line the southernmost line of swamp hexes. 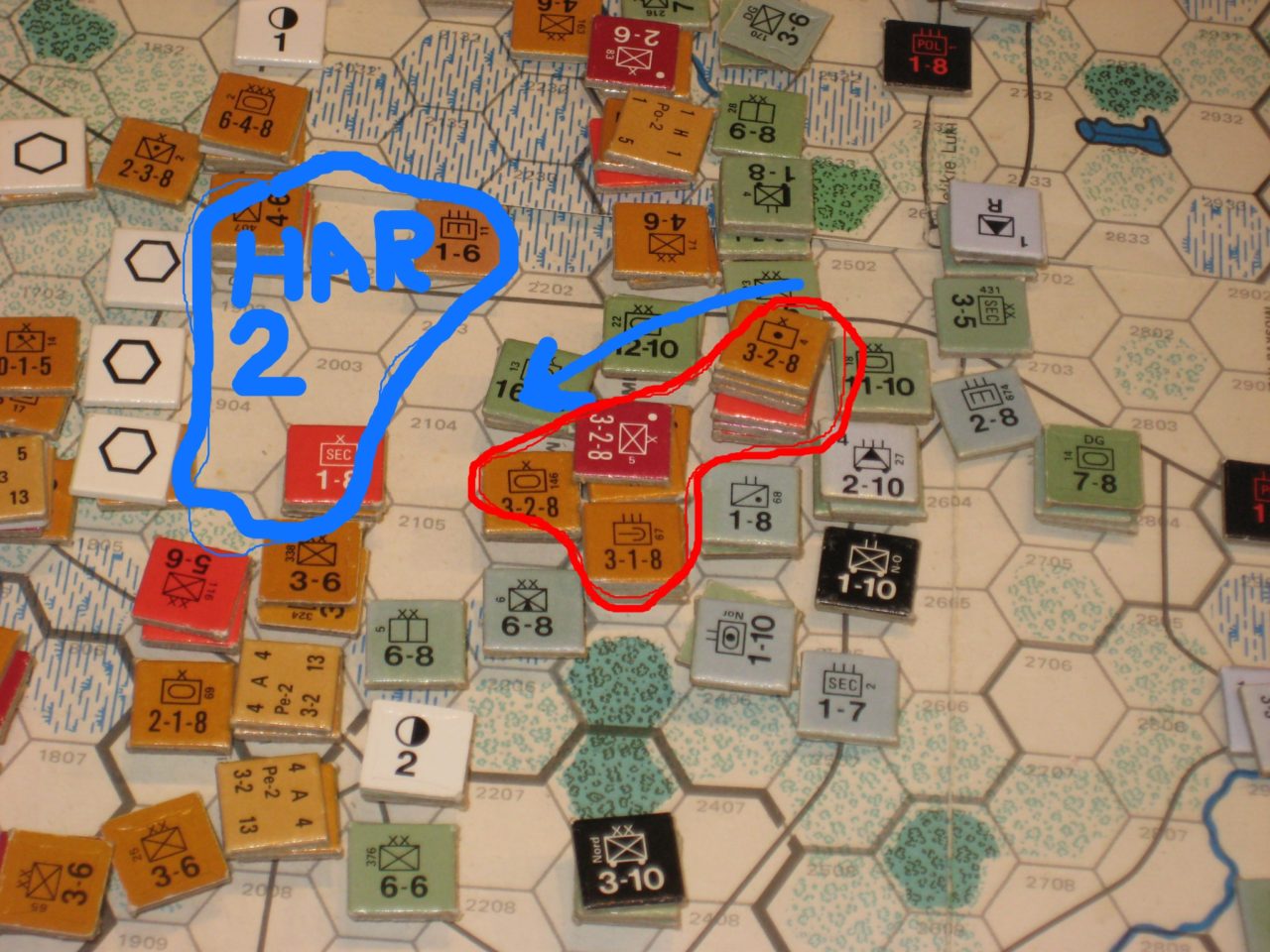 AGC: MOSCOW WEST IS CAPTURED!. Fanatical but isolated NKVD allow a rump to survive the initial assault but this is overrun in the exploitation phase. The capture of the hex is of great benefit freeing up the bulk of the city which will ease movement, allowing for example lower odds attack (no fear of retreat elimination) and will enable rail engineers to connect a number of converging lines.

AGS: Two attacks eliminate Soviet stacks at Orel and at Kursk which the Germans expect to be back in their hands with a month.

11th Army & the Crimea; The generous air supply lift and a lack of isolation eliminations make an assault on Odessa too risky. Rail engineers begin to convert lines to enable the German siege guns to get within range of the city to break the stalemate.

Due to the vagaries of the confluence of rail conversion, the weather-line and a carefully placed truck the Crimean forces will be in supply during the Soviet turn to resist any attack and will be ready to clear the rest of the Crimea next month.

Air War: Northern activity has been discussed above, in addition a fighter bomber raid on a river flotilla by Moscow scores a hit.

In the south massive raids are again directed at known Transport bases but only one unit (already previously aborted) is destroyed on the ground not diminishing at all the Soviet air lift capability.