DECEMBER I – LOYALISTS – Can only count on a 2:1 -3 attack on Zaragoza so that’s been called off. More corps advance in Castilla la Nueva but lack supplies. It’s the Loyalist’s luck to probably get supplies there just as Mud arrives in the South. Several Basque divisions formed in San Sebastian and a tentative advance from that city to neighboring hexes begins. 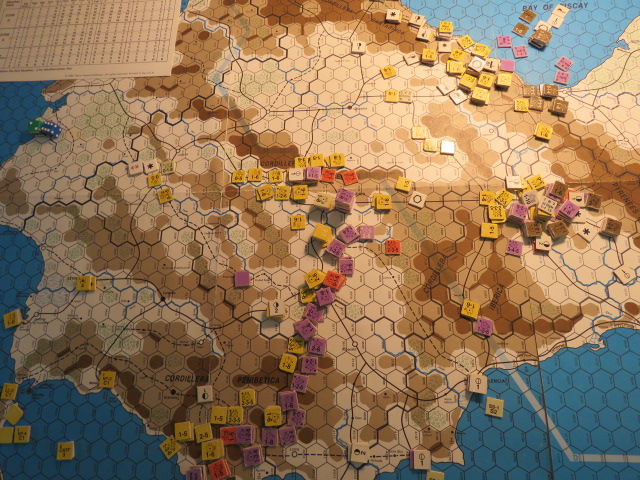 DECEMBER II – INSURGENTS – Mud/Clear for third turn. A quiet turn with only notable action being south of Madrid pushing Loyalists back one hex from critical rail junction. Continued bolstering of the line in Castilla la Nueva and engineering repairs in Santander are making progress.

DECEMBER II – LOYALISTS – Still too weak to push on Zaragoza due to continued Mud and despite supply in Castilla could only muster 2:1 odds and given Loyalist history of die rolling thought best to only provide a tenuous overland supply route to Madrid and hold off on full offensive until supplies can move up. 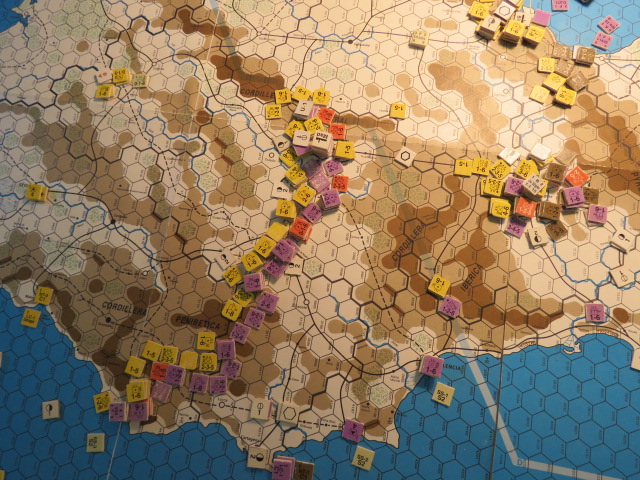