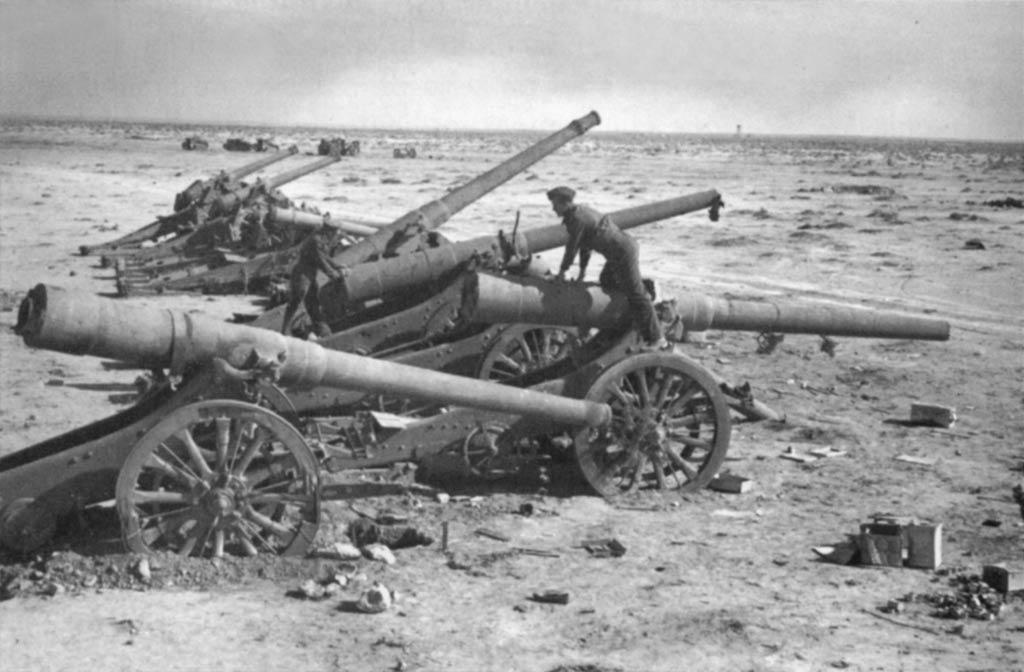 The Artillery of the “Celere” Divisions

The celere divisions are another interesting subject. But since I have received a number of requests for information, I can only give a brief answer now. The 1º, 2º, and 3º Reggimenti artigleria per divisione celere in 1940 each consisted of three groups. The I and II groups were motorized and the III Group was horse drawn. However, each group had only two batteries of four guns (75/27). Thus the division had only 24 artillery pieces, which would make the division only self supporting in Europa. When disaster struck the 10th Army in North Africa, orders went out to strip these regiments from their divisions. They were chosen because they were fully trained to participate in the kind of mobile war Italy now faced in the desert. The horse artillery groups were left behind due to the obvious difficulties in supplying them with fodder and water in the desert.

The Italian high command issued a new war establishment for these regiments making them three groups strong, each with twelve guns. But it took some time before this was accomplished. For the first three or four months they were in the desert, these regiments were only 16 to 20 guns strong. Another thing, except for the 3º Reggimenti artigleria celere, these units did not serve as independent units during the Desert War. They replaced the artillery regiments stripped from the Tripolitania based divisions in the failed effort to save the 10th Army. As these regiments, even when expanded, remained fully motorized even in the Europa sense, their incorporation into a division made the latter a much more mobile force (than is shown WinD) How should be shown in WinD? Probably, initially as replacement factors with the present counters being place into the replacement pool. This allows the Italian player the historical option of either effectively incorprating them into his divisions (as replacements) or having them as independent units.

As for the three celere divisions, they each served in the Balkans Campaign with only their eight remaining horse artillery guns, though they were given fire support from other units. After the campaign the 3rd PADA Division was re-organized completely for Barbarossa. The 1st and 2nd Celere remained as they were until 1942 when the remaining batteries were combined under the 1st EdS Division. The 2nd EFTF was returned to Italy to convert to an armoured division. When that conversion was revoked, the division was left without any artillery at all. This remained the case up to September 1943, when the 2nd EFTF Division engaged the Germans in a running fight in Savoy.

The 5-8 rating for these divisions is probably too strong unless other units are being factored in.

The original Horse Artillery Regiment was formed in 1831 and served with the Italian army’s cavalry formations until October 1934 when the regiment was reorganized into the 3º Reggimento Artiglieria Celere «Principe Amadeo Duca d’Aosta» with two its former groups being transferred to the newly formed celere artillery regiments of the 1st «Eugenio di Savoia» and the 2nd «Emanuele Filiberto Testa di Ferro».

At that point, both the 1st and 2nd Celere Divisions had no organic artillery whatsoever. I remember seeing amongst the captured Italian documents held by the Yugoslav government that these divisions had some batteries with them later but these now must have been batteria di formazione. There was never a 1st or 2nd Horse Artillery Regiment formed during the war thar I can find any trace of. The new 3º Reggimento Artiglieria di Cavallo «Principe Amadeo Duca d’Aosta» went to war in Russia with is three horse artillery groups still only having two batteries per group. This meant a strength of only twenty-four guns as the organic artillery strength of the division.

The heavy support weapons holdings of the re-organized 3rd Celere Division had been significantly augmented however. All this can be confirmed by looking at the documents reproduced in the volumes of the Italian official histories concerning the Russian front. In late spring of 1942, the 3rd Celere Division was again re-organized, this time as a divisione bersaglieri in form if not in title. The last units of horse artillery were removed from the division until July 1942. The Third Horse Artillery Regiment became an independent unit directly under the command of the Eighth Army HQ. It seems at this time, the regiment simply became the Reggimento Artiglieria di Cavallo at this time without name or number.

For much of the rest of the summer into the fall of 1942, the Horse Artillery Regiment (still 24 guns strong) served mainly in a battlegroup formed by it, the Raggruppamento a Cavallo, and miscellaneous other combat units. The Raggruppamento a Cavallo consisted of the former cavalry regiments and armoured cavalry group of the 3rd Celere Division. The Horse Artillery Regiment was destroyed in the Soviet winter offensive of 1942/43, but unlike some other unitsin the Eighth Army, it had a significant number of its survivors that were withdrawn from Russia in 1943.

In the summer of 1943, the 3rd Celere Division was rapidly being re-formed in northern Italy, far in advance of other formations destroyed in Russia. The Italian army seems to have reverted to the 1940 organizational scheme for celere divisions to rebuild it for horses and bicycles were far more available to it than trucks and gasoline in the summer of 1943. I have not been able to confirm it, it seems like however that at least the 3º Reggimento Artiglieria Celere «Principe Amadeo Duca d’Aosta» would have been reformed as it was in 1940.

This is my reckoning of the formations that horse artillery units served in during the war: