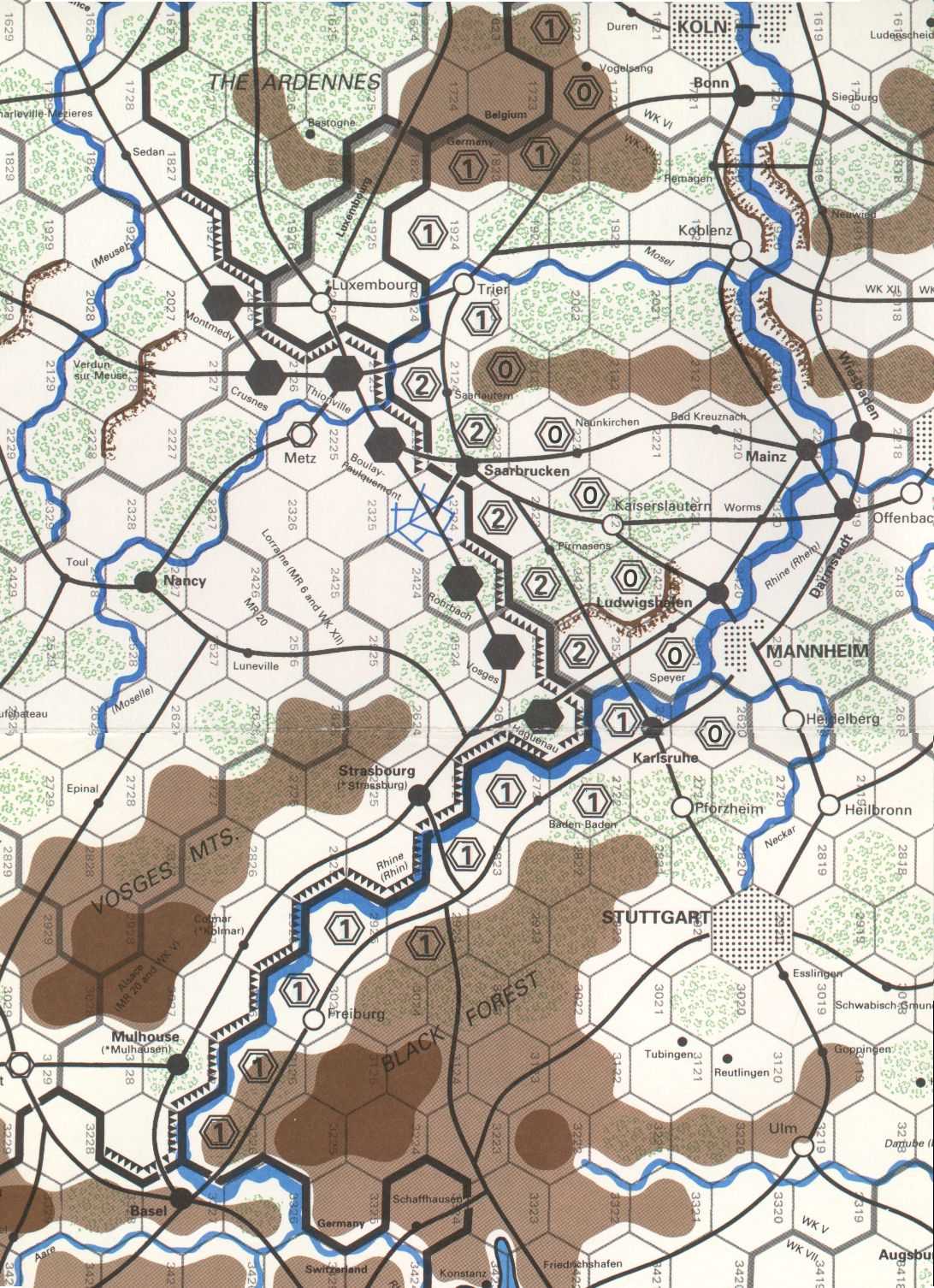 Along the french border the fortified Westwall hexes can be seen, their strength denoted by the respective numbers inside the hexagons. On the french side the Maginot line is depicted by fortified hexsides and the black hexagons along the nothern part of the border,