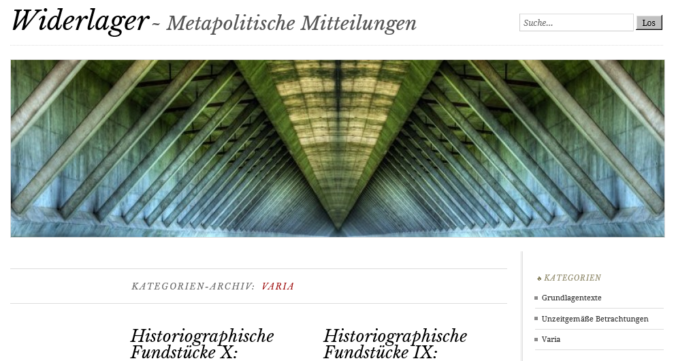 Note: This months link leads to german books and sources exclusively, so you might want to skip this link tip if you cant read german.

Markus Maria Hof is a historian and publicist, and he found the time to scrounge archive.org for books related to german and especially Prussian history. And since Prussia shaped more than a century of European military history, his findings are a treasure of sources on that topic, all of them available online. Due to copyright only old books end up at archive.org, so you’ll miss out on the most recent scientific consensus, which in a lot of cases has significantly evolved since the days when writing military history was done to instruct and motivate soldiers for the next war. However, some of the works reach a level of detail unsurpassed since.

A last grain of salt: Hofs political writings place him firmly on the conservative side of conservatism (to put it mildly), elsewhere on his blog he extensively discusses Spengler and Carl Schmidt, and his language as well as choice of topics echoes the national conservatives of the Twenties and Thirties. Still – I appreciate the bibliographical work, and reading Spengler and Nietzsche in my twens didn’t stop me from developing emphathy.

Bibliographies of (german) books on Prussian and German history online