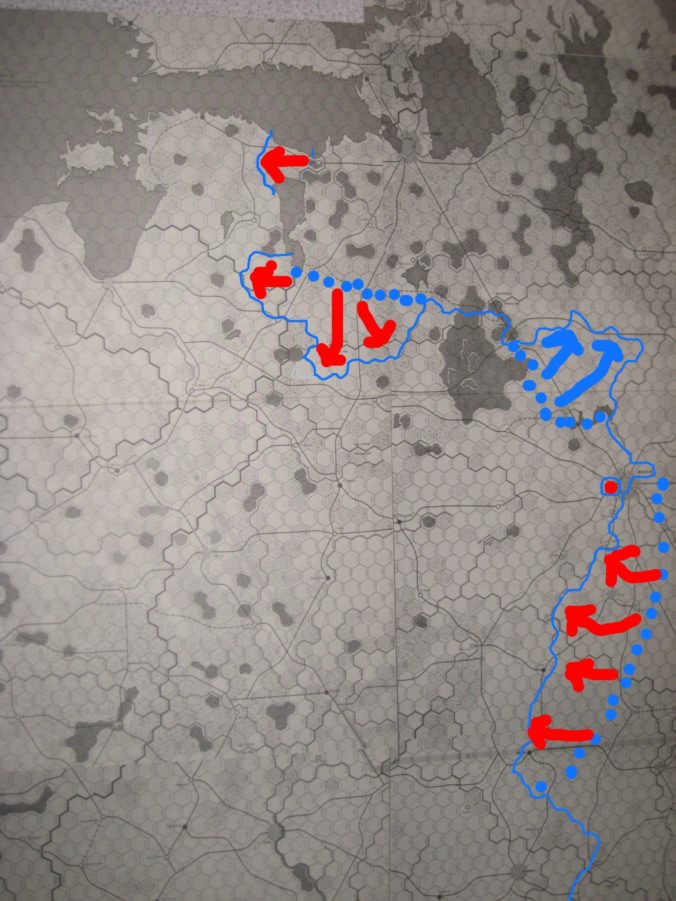 After Barbarossa – The status of Ken Newalls Scorched Earth game

Those of you following us on Twitter or are members of the Yahoo Europa Group will have recieved the biweekly updates to Ken Newalls ongoing game of Scorched Earth. All others hopefully will have taken a look at the expanding game report in the Archive now and then. For those who missed it, here’s a short summary: The game has reached May 1942, with the Axis having occupied Murmansk, the Baltics, and successfully conquered most of Moscow. The Soviets still hold out in the ruins of the eastern part of the city, and have successfully pushed from Leningrad to Narva and into the gap between lake peipus and the Valdai hills.

Now both sides evaluating their strategies for the upcoming summer, and since so many games of FiTE have ended at this point, Kens writings on the matter make for a facinating read we can only recommend. You can read the Soviet side here, and the Axis deliberations are part of the May I turn report.