Finland and the Army of Norway: The Salla road becomes a boundary of movement as all forces to the north fall back towards Murmansk while those on and to the south move westwards. Finish forces form points of resistance on rail lines to stop the forces in the north from being outflanked by the Soviets moving north from below the Arctic Circle but any pretence of a front line is abandoned as the fragmented forces try to escape west.

In the south of the country the massive motti of 3 inf xxs, a cavalry x and a German and Finnish construction unit breakout SW destroying the Soviet 3-8 cav xx baring the way 60 miles NE of Kotka. In this they are aided only by a lone German tank battalion from outside the pocket. Finnish airpower combines with Luftwaffe level bombers out of Kaunas to provide air support. The Fins escape for another turn but with three soviet tank corps flanking them to the south this is likely to be a brief respite.

Along the coast a thin screen of cadres and low grade German infantry divisions Is all that bars the way to the capital. 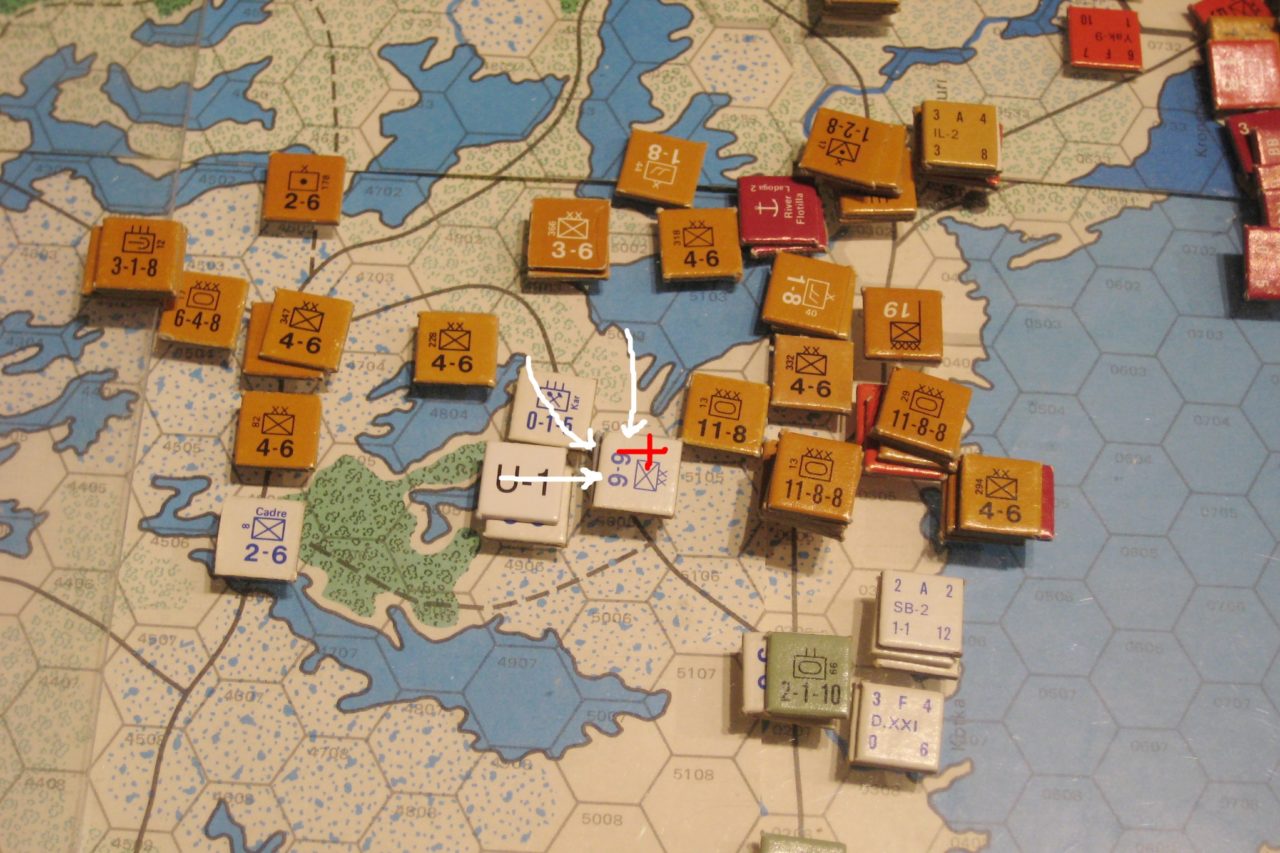 AGN; German units fall back west reinforcing the screen on their north flank as the pocket collapses reducing the perimeter.  Engineers hastily fortify positions along the Kalinin/Leningrad road where the Axis hope to stabilise the line.  North of Moscow the Soviet one hex bulge created last turn is repelled with great losses on the Soviet side.

AGC: No activity of note.

AGS: Despite the appearance of Soviet Guards and Tank units the mixed Axis force presses on with operation Oxbow with 5 attacks consolidating their foothold on the east bank of the upper Don and eliminating some more stacks of Soviet units. However retreats result where eliminating were needed and eliminations where a retreat would do so gains are limited. The German mech units who have now arrived to aid in the attacks limit their exploitation in the light of the Soviet build up. 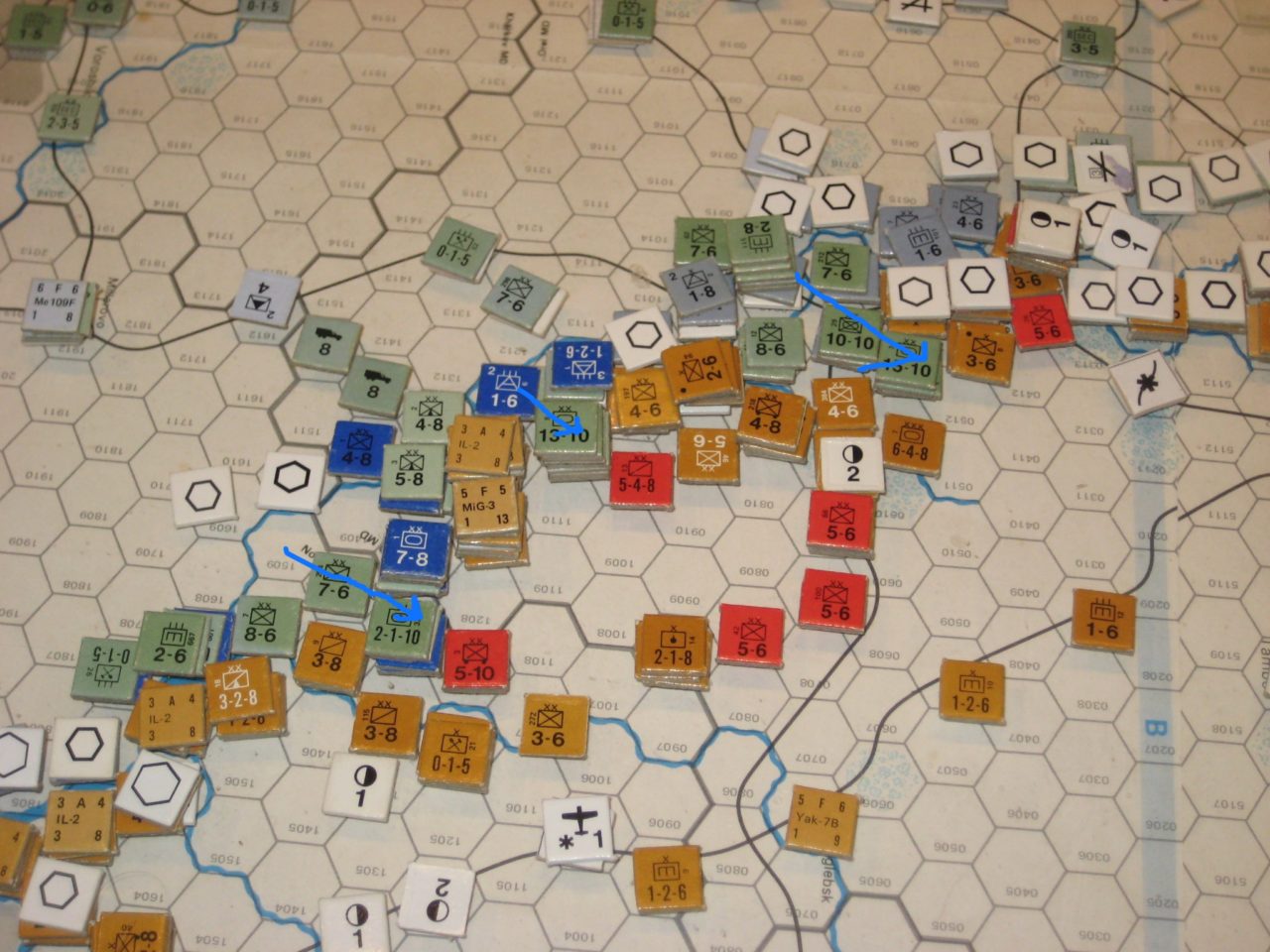 Air War:  Despite bombastic promises that the mighty Luftwaffe could supply an entire army Ju52s only manage to deliver one SP of supply to the beleaguered panzer force now far to the east of the retreating front east of Kalinin. This places the cadre in supply but the pz xx remains half strength (U2).  An intercepting Yak7B is eliminated by the FW190 escorts.

In other battles 6 raids seek to prevent reinforcements in the south interfering with the offensive there but only 2 hits are scored against the rail net.