Finish Front: Ski units continue to swing wide of the Germans in front of Murmansk forcing them to retreat in line to avoid encirclement.

Meanwhile troops driving north cross the Arctic Circle threatening to roll up the central forces from the south.

The main action however is south of the Arctic Circle. Here the Soviets clear the central lake system and continue to move into the Finish interior.

Along the Baltic coast the single tank corps pushes through and eliminates the sole Finish cadre defender with ease. The subsequent advance links with the cavalry unit which infiltrated last December and traps the remaining three Finish Divisions sealing the fate of the main Finish Army defending the capital. It is now only a matter of weeks before the country will fall to the invader. German forces land at Helsinki ready to bolster the defence but the ultimate outcome is assured by the arrival of two more full strength Tank corps transferred from the main front in the south. 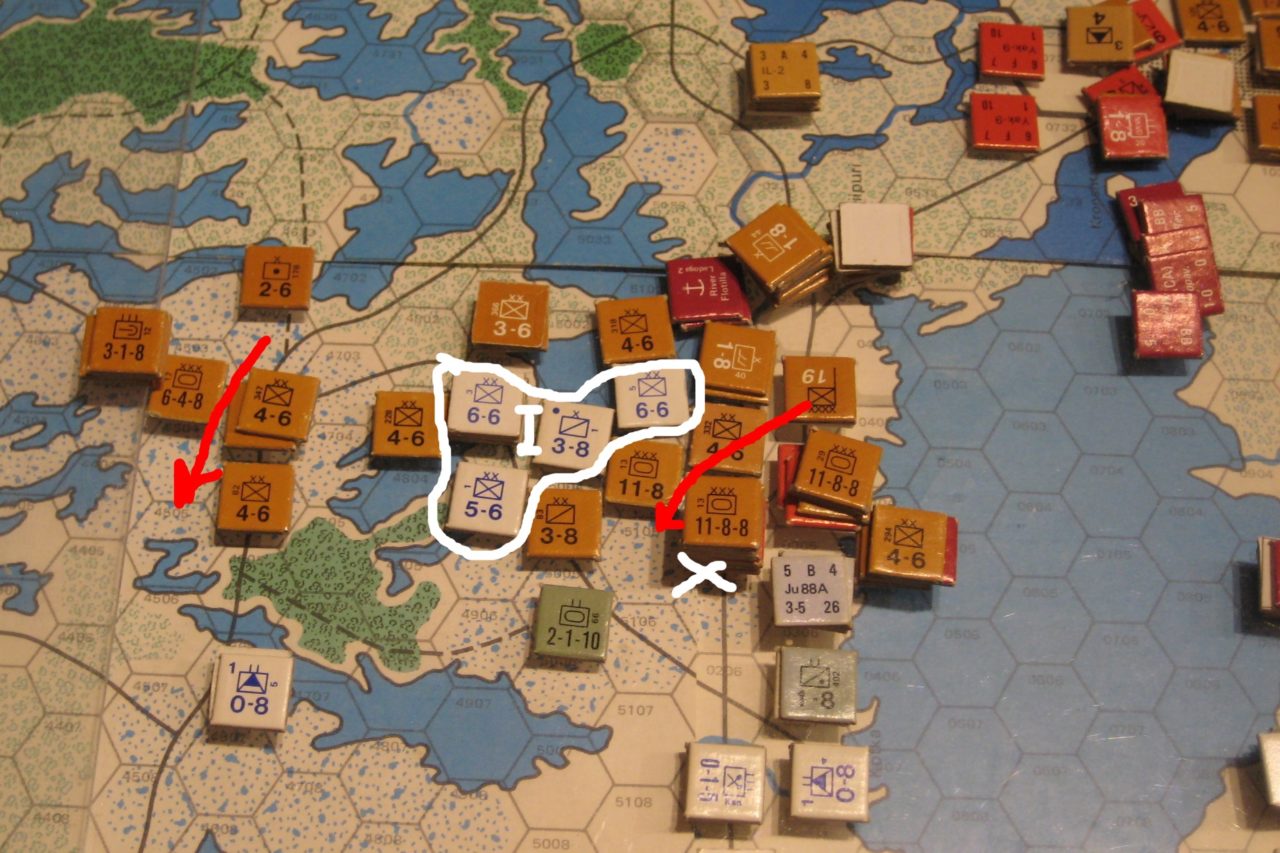 Leningrad Front: High density artillery and Guards Rocket concentrations pound the German Fortified forest crossroads north of Kalinin. The bastion is assaulted from 4 sides and finally falls having been a breakwater against the Soviet hoards for many months.

50 miles to the west a tank lead assault gains another hex pushing the defenders onto the rail line leading East from Veliki Luki, This is a vital artery supplying all the German army to the East and those forces fighting a rear guard action in front of Kalinin – should the Soviets gain a lodgement here the previous Axis losses could pale into insignificance compared to the potential slaughter of an unsupplied army still moving West from its High Tide mark.

The extreme easterly point of this fighting withdrawal is assaulted on a 3 hex frontage but the defending mech XX and comrades retreat in good order.

In front of Kalinin however a concentrated assault by armour and rockets eliminates a fortified infantry division and the Soviets have an opportunity due to their high force concentration to overrun the resulting cadre. However they decide against this move which would bring them into the Kalinin suburbs because of the lack of follow-up forces and the high numbers of powerful enemy panzer formation in the area. Instead the assault force dissipates to brace the flanks against any German riposte. 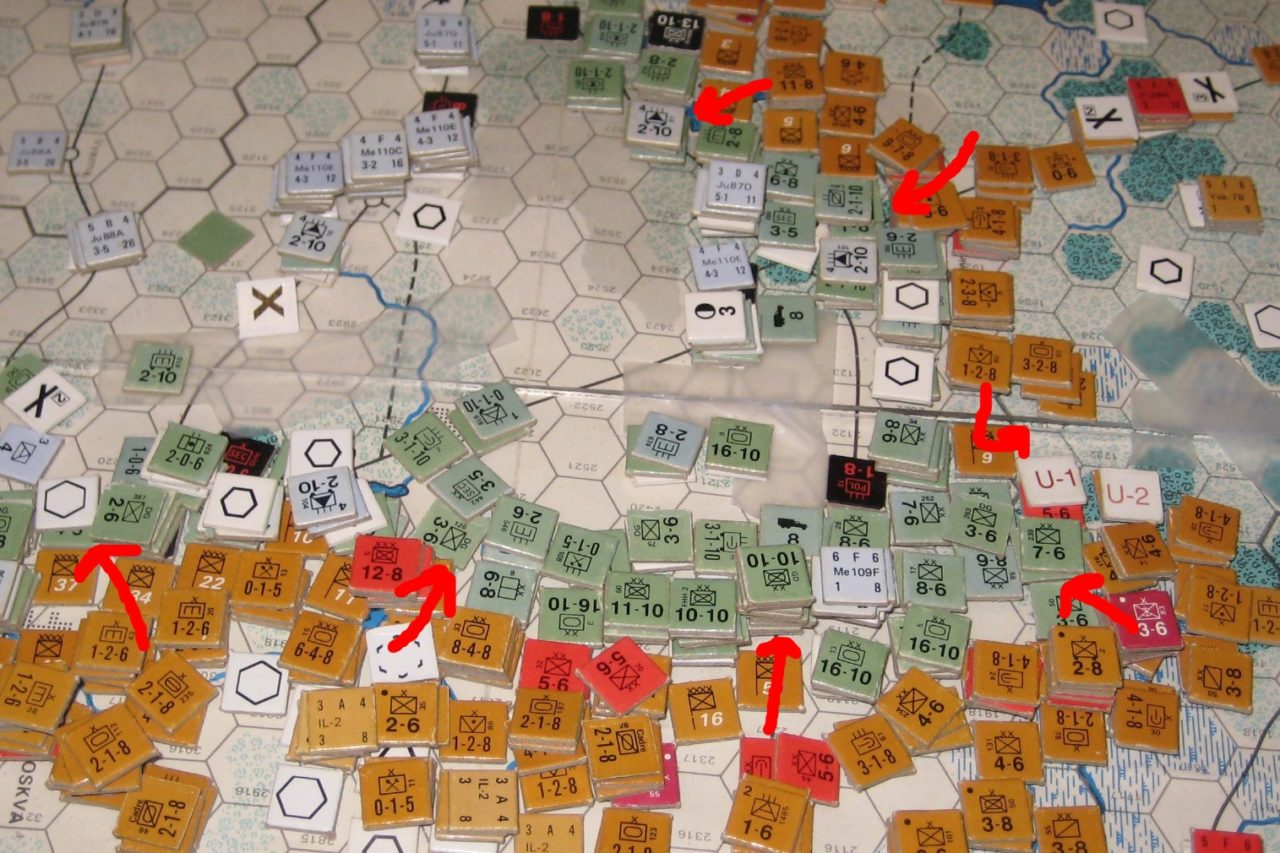 Moscow Front: The Soviets continue with their assault to recover the capital and smash a defensive stack immediately to the north of Moscow NW in order to extend the frontage for the planned assault. This hex which has changed hands already a number of times protrudes into the Axis lines tempting a counter attack in this tit for tat positioning battle for the city.

Voronezh Front: Practically untouched for a year the southernmost hexes are now subject to assault by the Axis pushing East over the Don. New recruits head south from the city to bolster the defenders as arrivals and transfers rush in to the theatre. The Soviets are determined not to repeat the mistake of ’42 when an unsupplied stretch at a town called Kalinin in the north transformed into a gaping breach which almost cost them the war.

So instead of holding the line out of supply units pull back towards the supply railroad 90 miles East and make ready to form up with the new arrivals.

Stalingrad Front: One stack is retained South of Rostov but all other mobile reserves are transferred north to aid the defence of the upper Don.

Air Battles: Some assaults are made against rail lines with a couple of hits as a result. The main highlight is the defiant actions of the Finnish Air Force in the north which together with targeted AA fire aborts 3 IL2s and returns a fourth resulting in all soviet raids failing in their missions.