Weather Roll: The rains have come, covering the entire landscape in a sheet of mud (except G).

Finland & The Army of Norway: Murmansk front no activity.

In the centre the Axis brace for the inevitable Soviet attack and shorten the lines in a few places.

In the south the battered rump of the main Finish army struggles backwards moving northwest at a crawl inhibited by terrain, weather and Soviet ZOCs.  Meanwhile the 9th Pz takes position in the forests 16m south of Joensuu to hold open an escape route for the hapless Finish forces.

AGN. With the Soviet main line in full supply and their own attack floundering for lack of it the German forces call off all offensive action and reposition trucks to try to bring supplies forward but the difficult terrain leaves hundreds of miles of front unsupplied and thus exposed to Soviet counterattack

The better supplied main drive to Vologda however mounts two attacks advancing in two parallel columns 16 miles closer to the objective and causing some losses to the defenders. 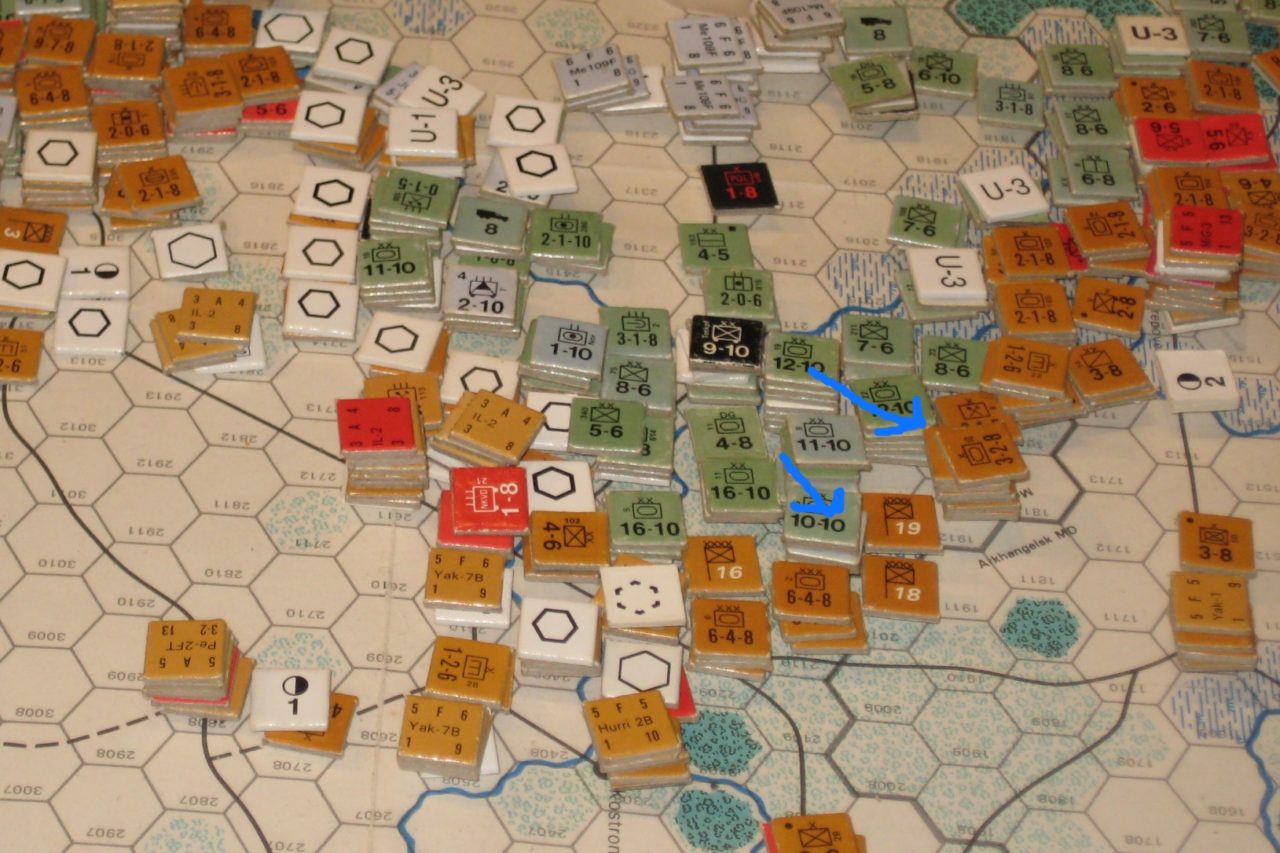 AGS. ROSTOV FALLS!!. Not by a tactical pincer surrounding and isolating the city as planned but by a brute force frontal assault. A Rumanian/Italian army stiffened with some German infantry divisions and well equipped with artillery and a concentrated assault Corps and a number of German Assault and combat engineers.

The success comes too late to call off attacks south of the Don which proceed as planned eliminating a number of low grade Soviet units but the Axis do not advance after the combats and consolidate the bridgehead in exploitation. The raison-d’etre for the forces south of the Don is no longer valid so they plan to withdraw as soon as possible – trucks move in to provide supply to cover the withdrawal. 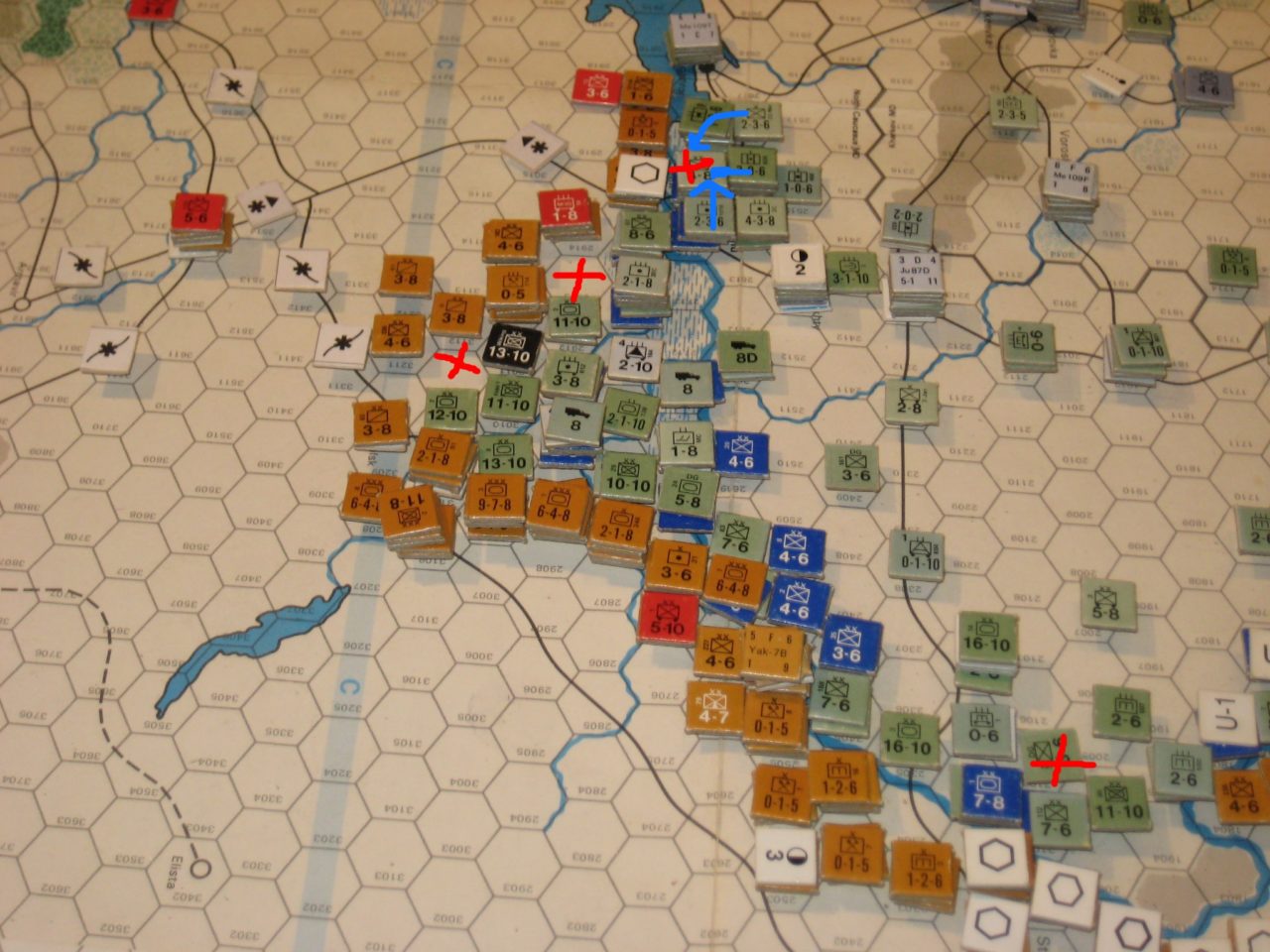 Air War: Rostov based fighters take to the skies to defend their air bases in the city. They fail to inflict any hits on the dive bombers aiding the attack but one Yak is aborted by a Ju87. Rostov’s anti aircraft proves a much more formidable defence, aborting one bomber and returning 3 more but the survivors are able to provide enough support to mount a viable attack on the city.