Weather Roll: No change still clear except Zones A and B = Mud.

Finland & The Army of Norway: In the far north German forces lead by SS Nord and with air support retreat a Soviet division and advance to within 16 miles of the rail loops at the neck of the Kola peninsula.

In the south Finish forces struggle to retreat ahead of the Soviet advance and escape total annihilation. The Soviets are taking no chances and keep sufficient density to prevent any intervention by the 9th Panzer which is not prepared to risk an exchange. 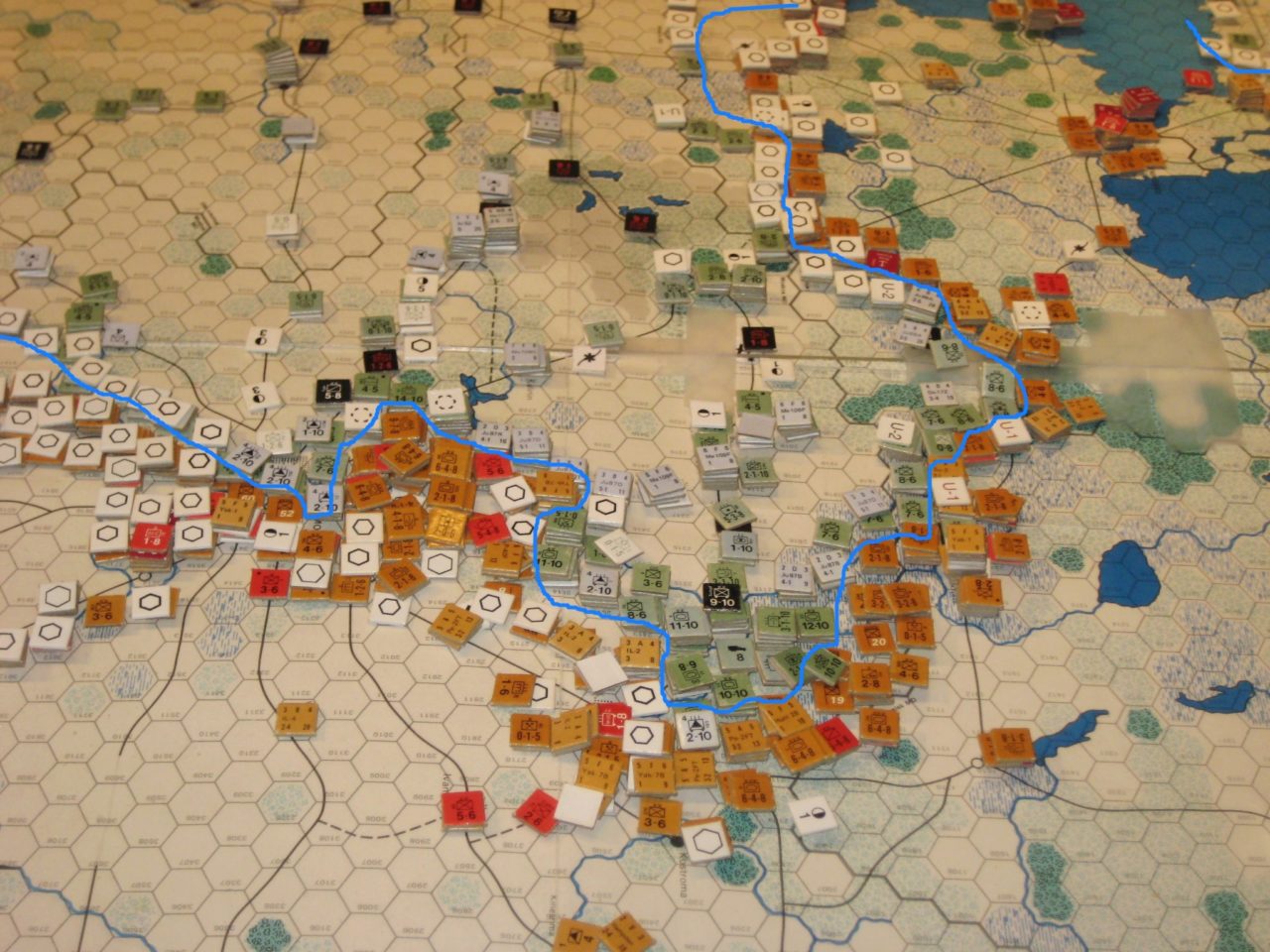 AGN: Troops mass to engage the section of Soviet line which has had its supply cut but being themselves out of supply cannot get sufficient odds for a viable attack, so the Axis await the full effects of the Soviet supply difficulties to hit home. Lets all be out of supply together!

In the main drive German forces mass and push back a Soviet stack gaining a further hex towards the ultimate objective of Vologda, still 70 miles away. They also nip off a one hex bulge to the south of the main advance.

Against the Soviet drive north of Moscow the German forces are not yet sufficient to muster a counter attack but reinforcing reserve divisions and rebuilt Panzers move into the line as engineers start fortifying the current defensive positions. The fight-back will begin later. 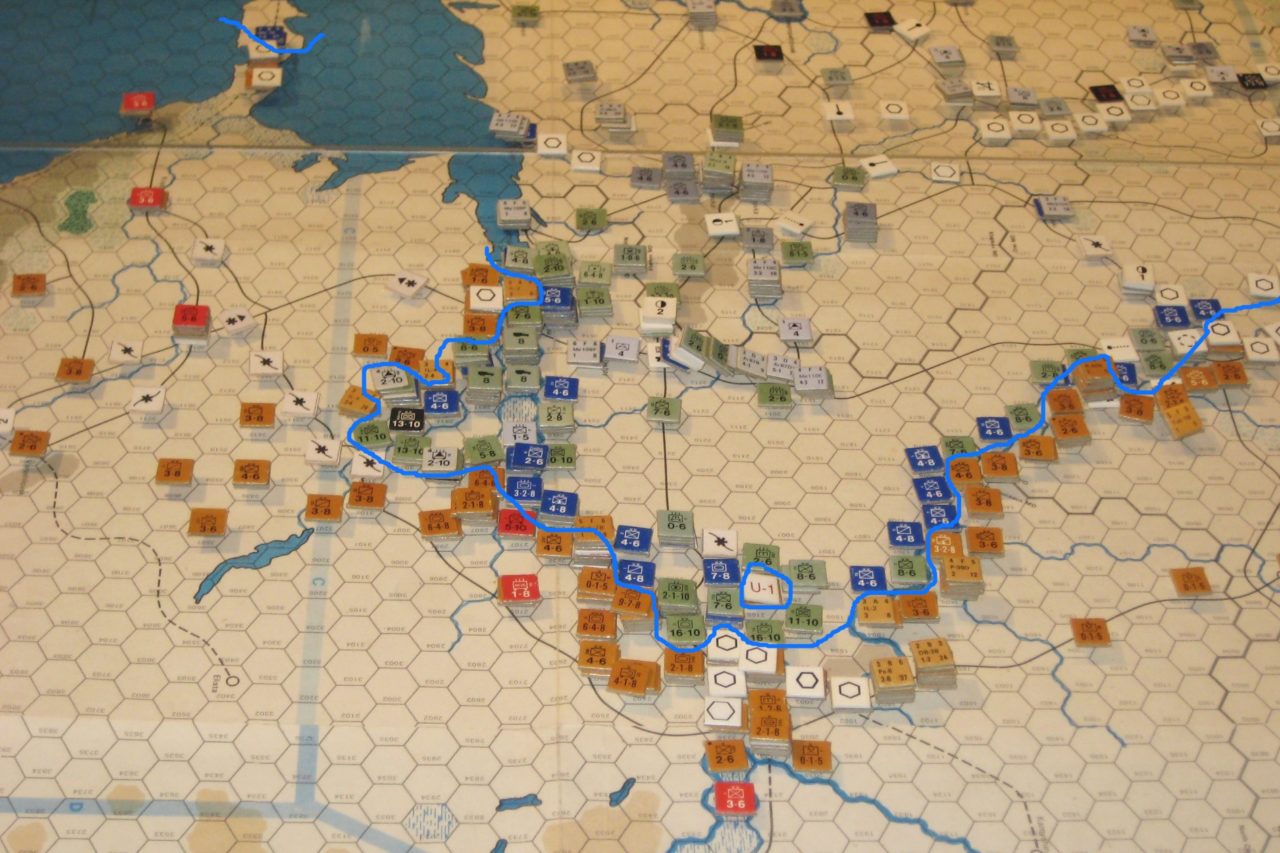 AGS: Axis units attempt the destruction of the Soviet troops in the great bend of the Don.  The mech division however survives an assault but is surrounded in exploitation.

The German panzer trapped near Stalingrad battles back to the main lines but remains east of the river. This move is intended to discourage the Soviet tank forces from moving south where they could strike against the main bridgehead east of Rostov.

That bridgehead does some tidying up, operating against weaker Russian stacks and consolidating their firm hold in the South.

Meanwhile to the north of the river Italian forces arrive from the Stalino assault and join a mainly Rumanian assault on the last remaining Soviet forces north of the Don. Except for the city itself, surrounded now on four sides, no Soviets remain North of the river in this sector.

Air War: In the south Soviet fighter defenders achieve a rare victory when a large flight of Yaks lead by a Lend Lease P40E. Intercept a raid by Ju88As escorted by a ME110. Two of the mission force are eliminated and one aborted. The fourth turns for home. No soviets squadrons are lost although 2 return for extensive repair. (Aborted) 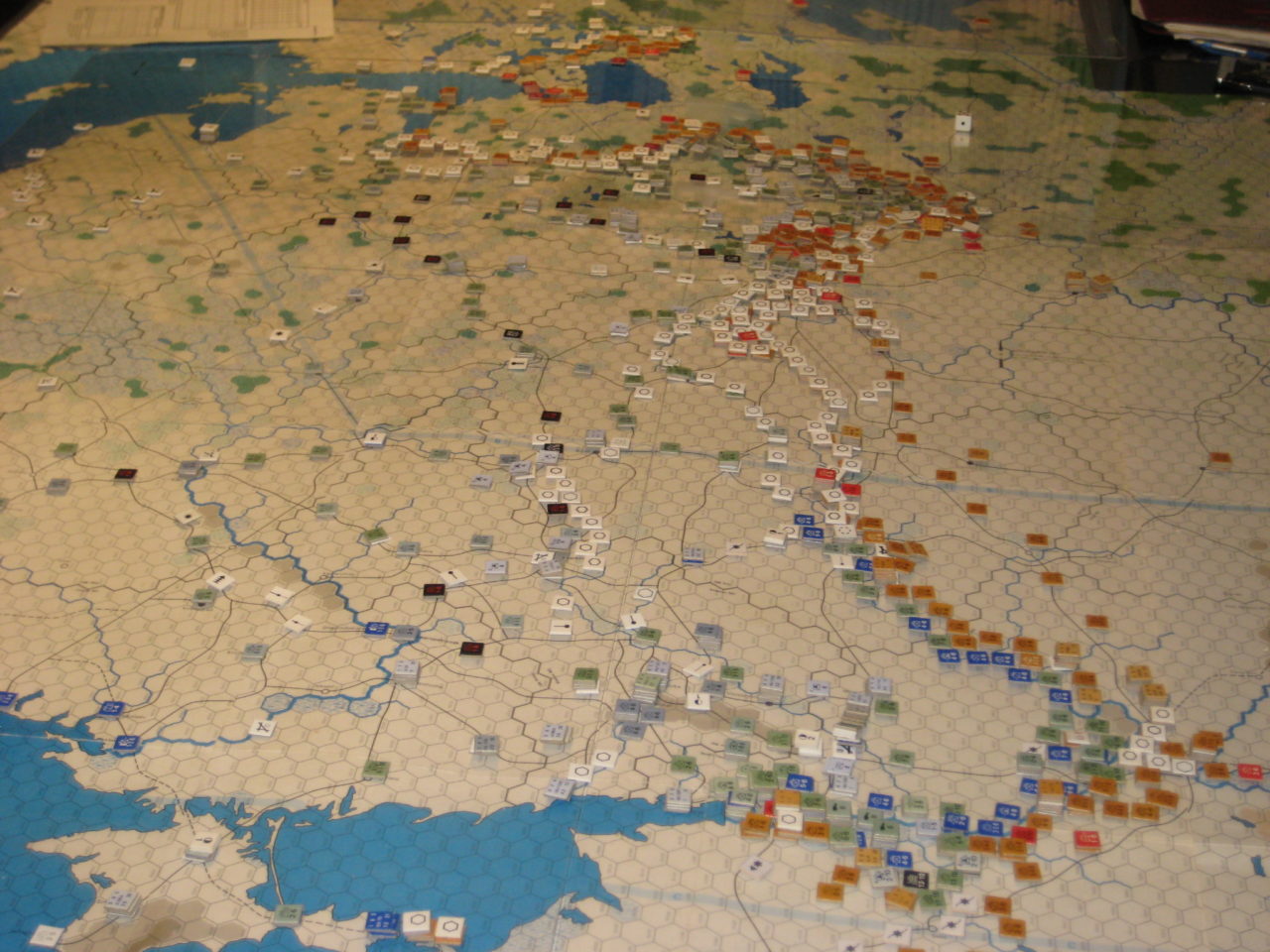 Overview over the Eastern Front