Finland and Army of Norway: All quiet north of the main Finish drive. 15 supply REs delivered to Murmansk.

The impertinent Soviet motorised division which placed the Finish attackers out of supply is eliminated but the main drive stalls against stiffening Soviet opposition as an attack to eliminate a small bulge fails (NE). 9th pz moves west to protect the flanks against the Soviet Tank Corps positioned to move northwest along the limited rail line skirting Lake Ladoga. The local Finnish commander opposes this move fearing his spearhead will be too weak to resist a Soviet counter attack.

AGN: The remnants of the Soviet attack towards Tallinn are mopped up and the diverted mechanised/tank units start to move East in the exploitation phase.

A Soviet error north of the Valdai brings unexpected dividends. Panzers destined for the main Eastwards attack are diverted north on news from aerial reconnaissance that a lone AT unit forms the second line behind a stack in wooded terrain. A full Corps attack is launched which eliminates the defenders and exploiting units overrun the AT unit and take up a blocking position on the Leningrad/Vologda rail line approximately 80 miles East of Tikhivin. Leningrad’s supply line now must route through Archangelsk and passes within18 miles of advancing Finish forces. 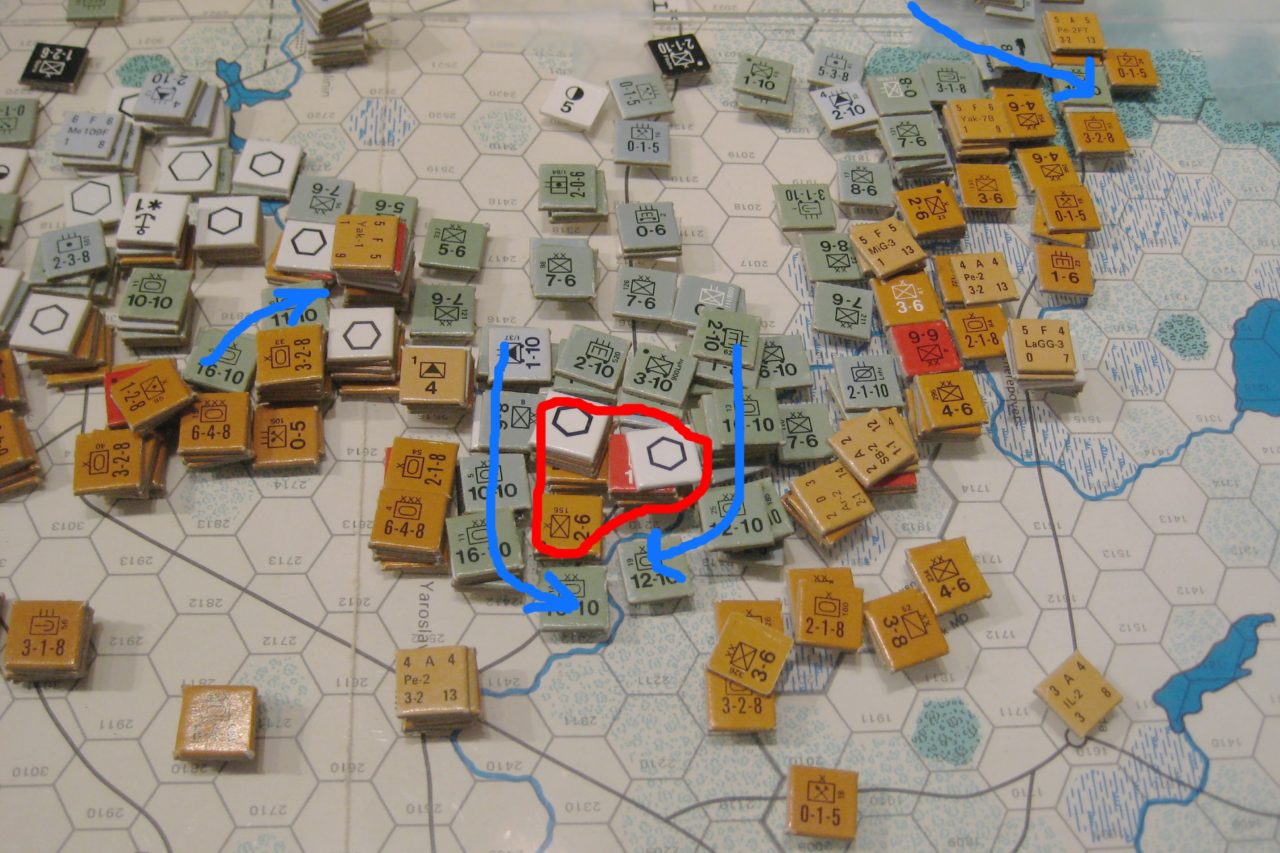 The Situation in the North: The Axis exploit gaps in the Soviet line.

North East of Moscow the single Panzer corps advance is halted by a wall of Soviet tank corps so the Germans simply clear two hexes of non-fortified units between this wall and the fortified line which it has hooked behind.

With the west bank effectively cleared, mobile assets from south of Leningrad arrived and much of the Soviet armour committed in the south the three prerequisites for Operation Meatgrinder are met.

The operation is launched with simultaneous attacks over the river north and south of the Leningrad/Vologda rail line. Tough fighting at the river crossing in the south cadres a 10-10 panzer in a HX but in the north the defenders are pushed back without loss and scatter allowing an exploitation overrun to link with units moving north trapping two entire Tank corps, supporting troops and rockets against the river.

AGC: The last remnant of 1st Shock is eliminated and engineers move into position to begin fortifying the line.

AGS: The breaches in the Soviet line are developed with a total of 10 attacks widening the breaches and eliminating surrounded defenders. A second penetration of the line is achieved 30 miles north of Gorlovka and the pincers meet trapping a total of 13 divisions and 10 regiments. Notable resistance is offered from a NKVD division, security battalion and guards regiment who stand firm in their fortified position despite the forces arrayed against them (NE @ 4:1-1). The exploiting units however do not attempt to gain significant territory cowed by the large array of Soviet armour behind the upper Don. The panzer leaders halt in line abreast and brace themselves for the Soviet repost. 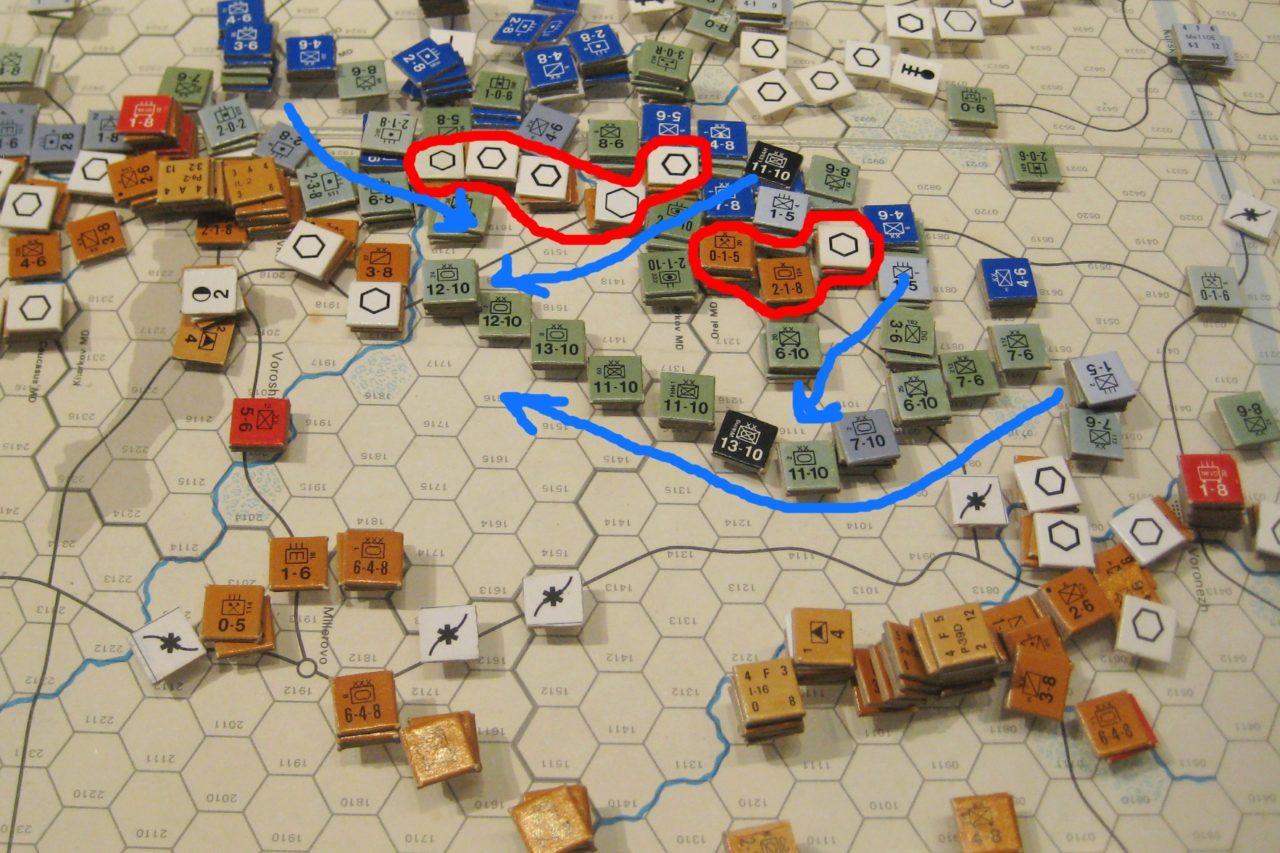 Air War:  A number of ground attacks are given significant GS to obtain sufficient odds to attack the fortified line limiting other activity. Some raids are made against rail lines with limited effect however in one notable encounter south east of Leningrad a He111H and escorting ME110E eliminate a P40E and two Hurricane 2 interceptors for no loss. Elsewhere however the Luftwaffe suffers a loss of 3 aircraft in a battle which claims another 2 Soviet machines.