STAVKA issues orders for mobile formations to move into position following reports of Axis breakthroughs of the fortified defence line north of Valuylki and NE of Moscow.

In accordance with agreed protocols all fortifications are to be defended to the last man. Any breaches are to be sealed with Infantry/Cavalry backed up by AT gun brigades. Where possible local counter attacks are to restore the line. These actions aim to stop the breakthroughs or at the least provide sufficient time to allow the armoured reserves to assemble within striking distance of the breakthrough points and concentrate for armoured counter attack. The aim is not merely to check the Axis advance elements but to ensure their complete destruction.

It appears clear that the line between Moscow down to Voronezh is to be unmolested so armoured reserves divide at the Tula latitude moving North and South into position ready for the clash of steel.

Finland Front:  Troops facing Murmansk fall back to maintain the line. In Central Finland two separate attacks eliminate a Finish Bdr unit and German ski battalion but the real action occurs in the south on the north shores of Lake Ladoga. Here a Soviet tank division and two front line infantry divisions with massed air support attack and cadre the 5-6 German infantry division guarding the secondary rail line. A lone exploit capable 3-8 xx NKVD Mot unit exploits to the rail junction at 5027 completely cutting off the spearhead of the Finish assault army including the 9th Pz xx. Unfortunately 5 long range bombers all fail to inflict a single rail hit so this unit will be exposed for counter attack. However it is hoped this action will be sufficient to buy some time and prevent the Axis cutting the vital N/S rail line. 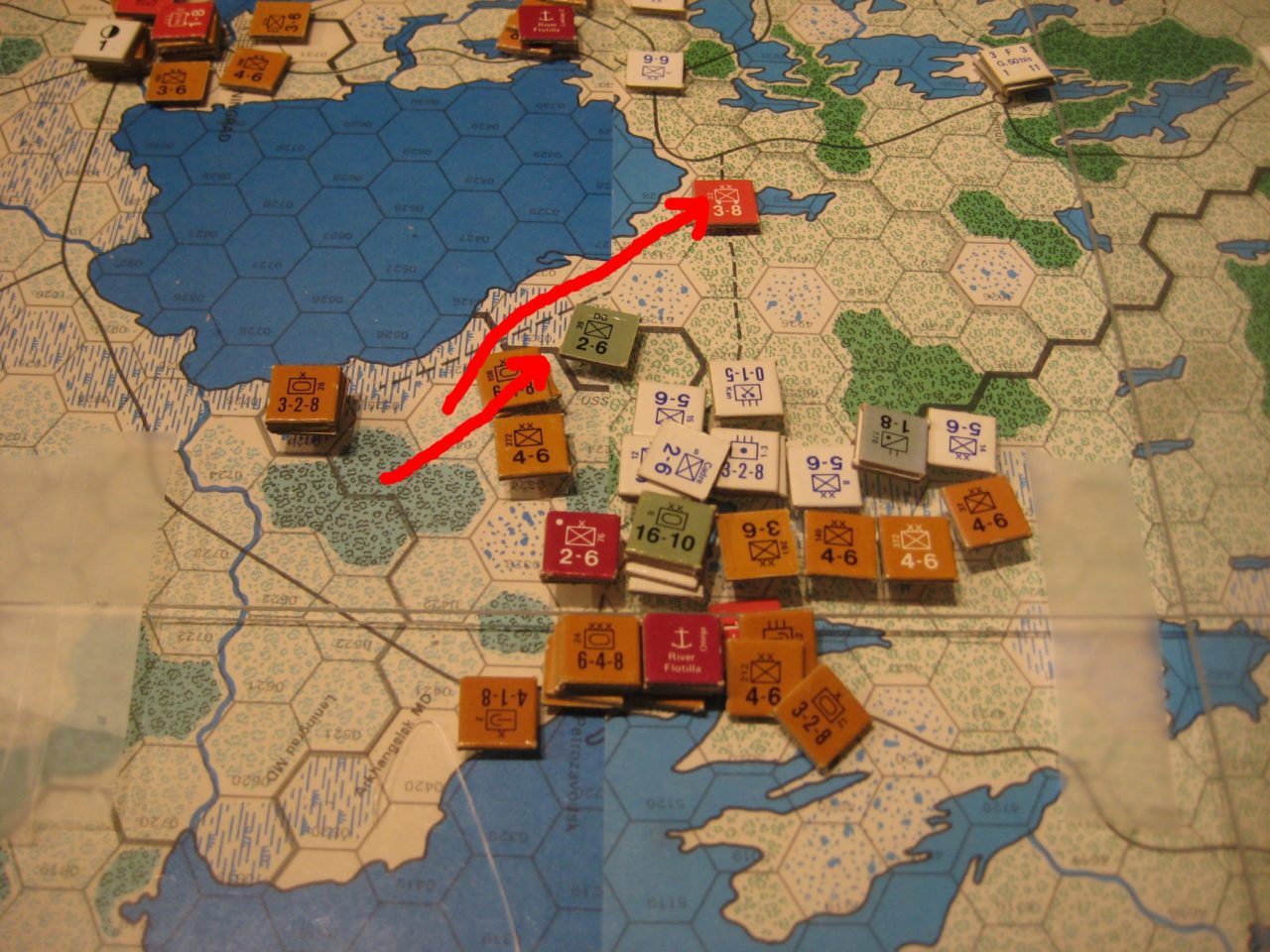 Further east along the E/W rail line between Leningrad to Vologda troops are rushed into position to strengthen the line protecting this rail line in the swampy forests north of the German advance.

Moscow Front: Armoured corps move north from their reserve positions around Tula and ready themselves Yaroslavl where German armour has pressed forward. The remainder hold back to await developments.

Voronezh Front: Other than facilitating armoured reserves moving north and south this Front sees no action. The single remaining Assault unit is given full DAS as it extracts itself from German ZOCs and moves eastwards to Voronezh. 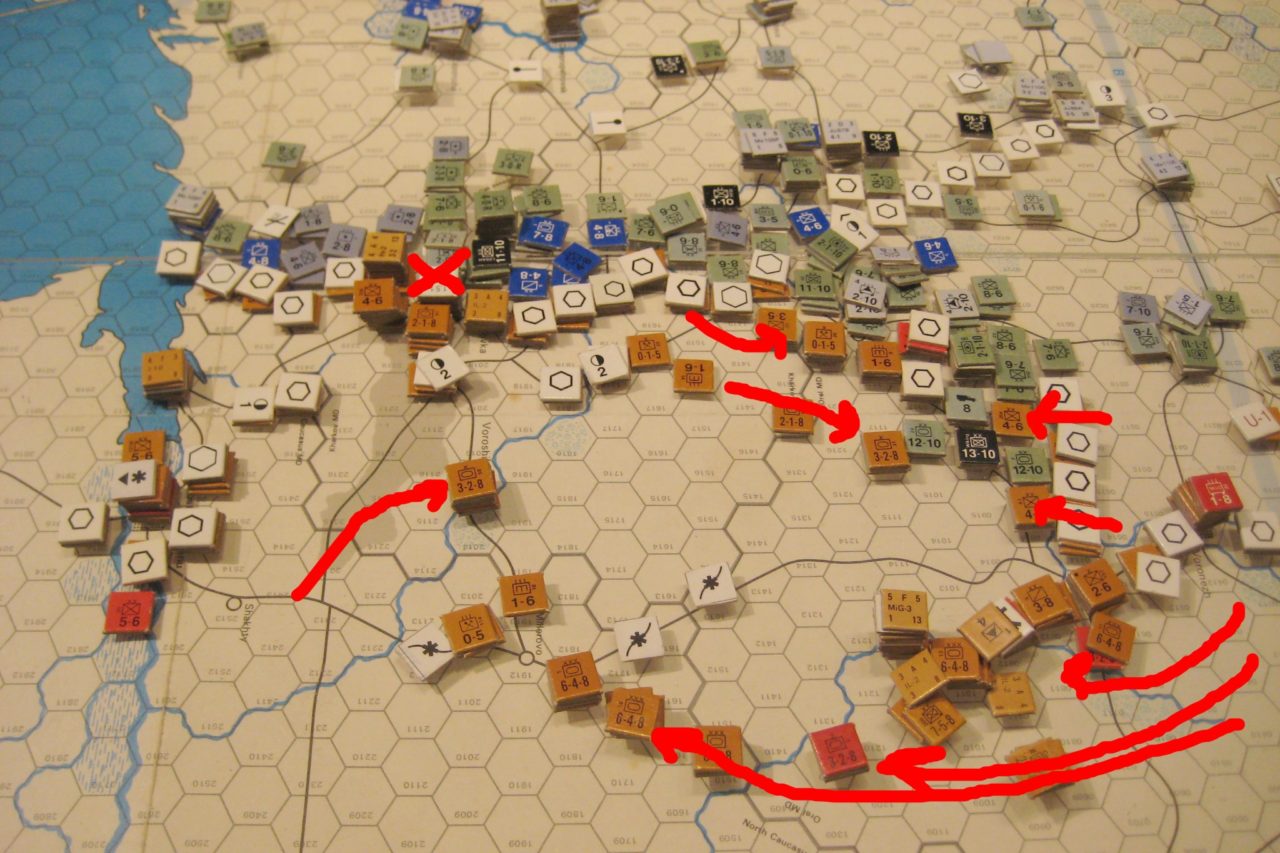 Air War. The vast majority of Soviet air is devoted to DAS this turn except the failed rail attacks in Finland and equally ineffective raids south of Leningrad along the Moscow road. An air base raid on Kaluga out of Tula also fails to achieve any hits