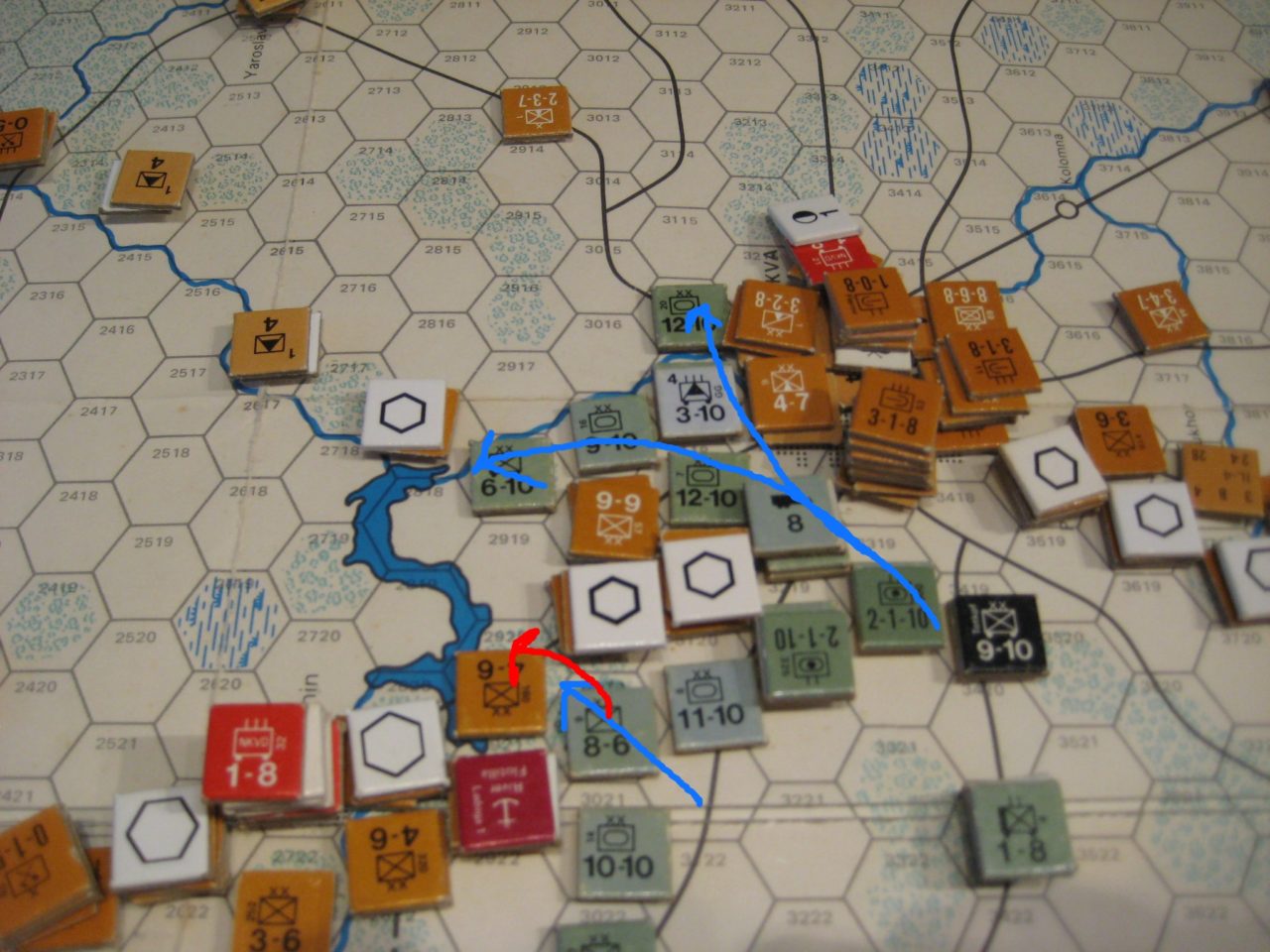 Finland: Despite the failure of the Finish offensive further south Army of Norway boosted by recent reinforcements continues the assault towards Murmansk and eliminates another regiment.

The Finns on the main front continue to pull back and move into forests for protection against the 10th Mech.

AGN: 1x pz and 2x Mech divisions are returned from AGC and AGN is tasked to continue the drive to the forested junction at the NE edge of the Valdai to interdict reinforcement from Leningrad to the Moscow defenders.

AGC; With winter approaching and meteorologists predicting harsh conditions AGC wastes no time in assaulting the Soviet line. The line is weaker just south of Moscow but force dispositions are such that an assault on the line between Moscow and Kalinin will achieve a better force ratio. Additionally advanced infantry units can protect the left flank in this area. Two hexes are assaulted; a heavily forested region where a lone 4-6 inf division retreats in good order preventing a breakthrough and a 16 mile gap in the fortified line where infantry, tanks and anti-tank units cave to a massed panzer assault. 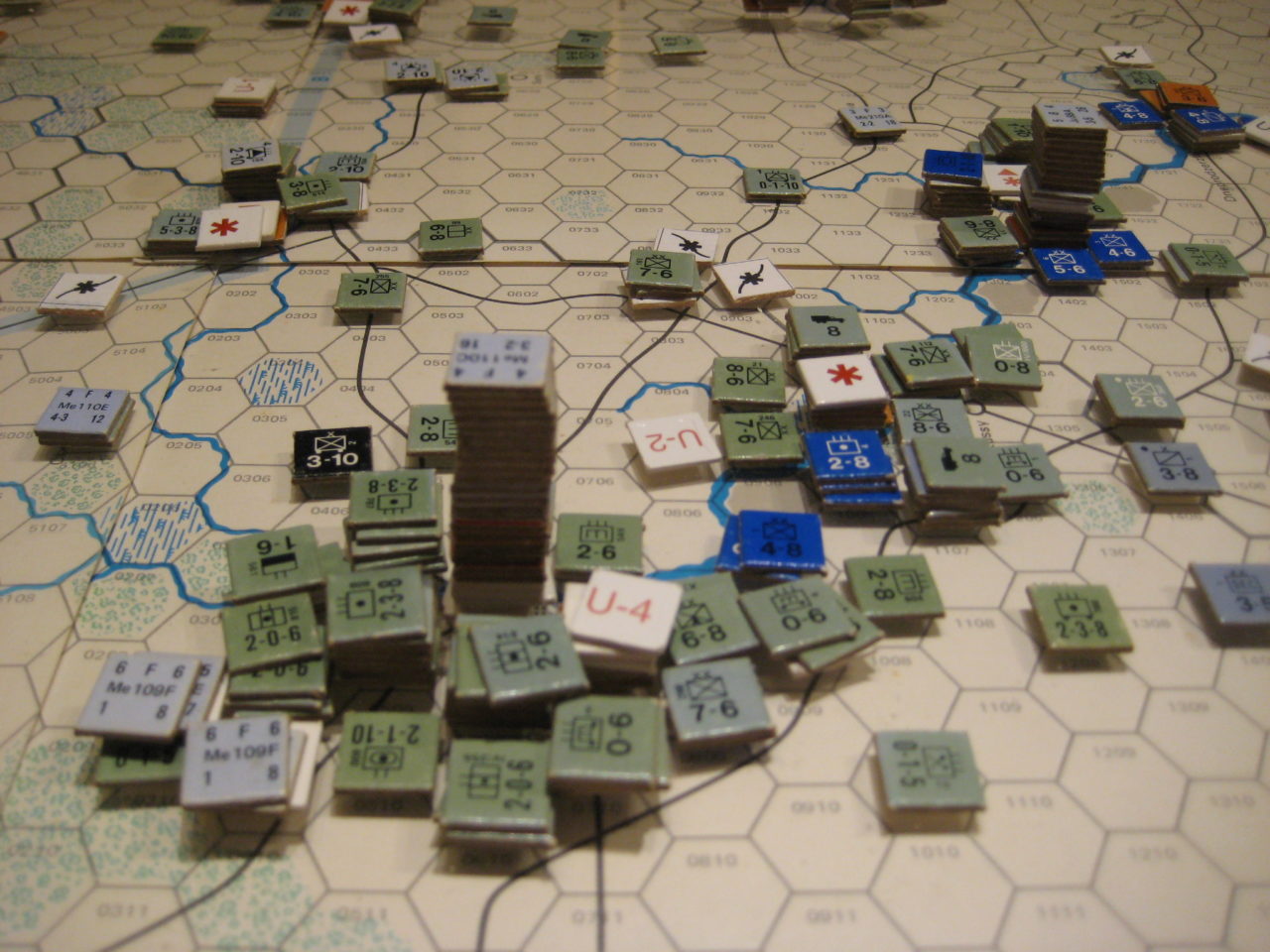 Here a breakthrough is achieved and units exploit to the river line and beyond.  The left flank is protected by the lakes just south of Kalinin. The right flank interdicting the north Moscow suburbs.

The edge is taken off this victory because a secondary and ultimately unnecessary assault is conducted against one of the two trapped mech corps isolated NW of Vyazma. The HX requires the reduction of a 12-10 panzer due to insufficient AECD capable Stugs to absorb the required loss. 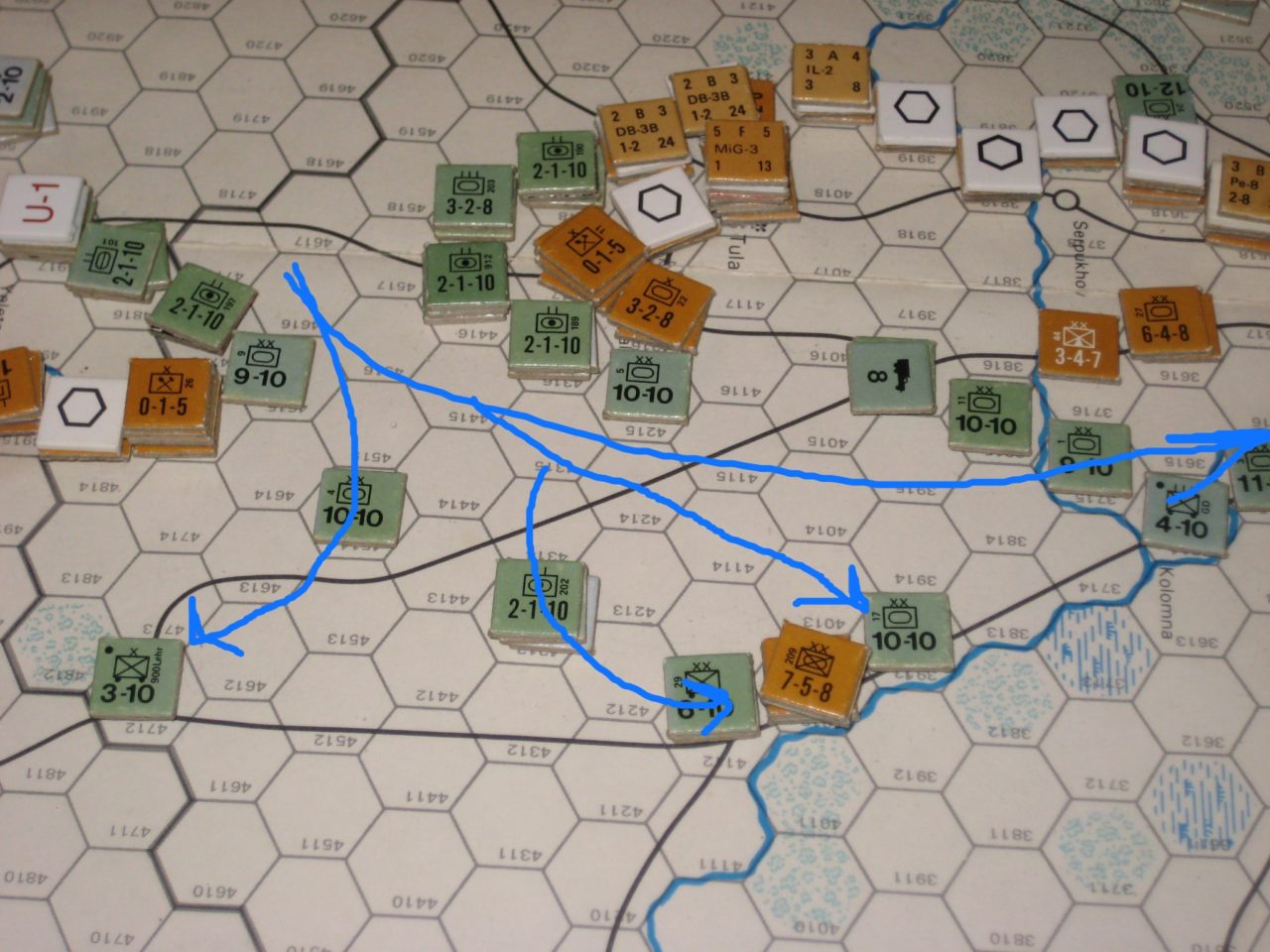 AGS; Kiev falls!. Even the “persuasion” of the NKVD is not enough to withstand the German assault with the largest Luftwaffe support of the war contributing to success.  The soviet Migs, Yaks and I-16 defence force fails miserably to Patrol Attack any fighter support and the interceptors are almost entirely eliminated while attempting to get to the bomber stream – all for no effect.

Further east the greater distances, rapid w ithdrawal of the Soviet line and the expensive but effective Soviet delaying tactics prevent any assault this turn disrupting the plans for a simultaneous co-ordinated assault North and South of Moscow. Instead the Axis satisfy themselves in clearing the blockading Soviets and massing a 40 pt and 36 pt stack NE of Kursk screened by divisions and support troops and with pre-positioned truck based supplies for an assault in October. 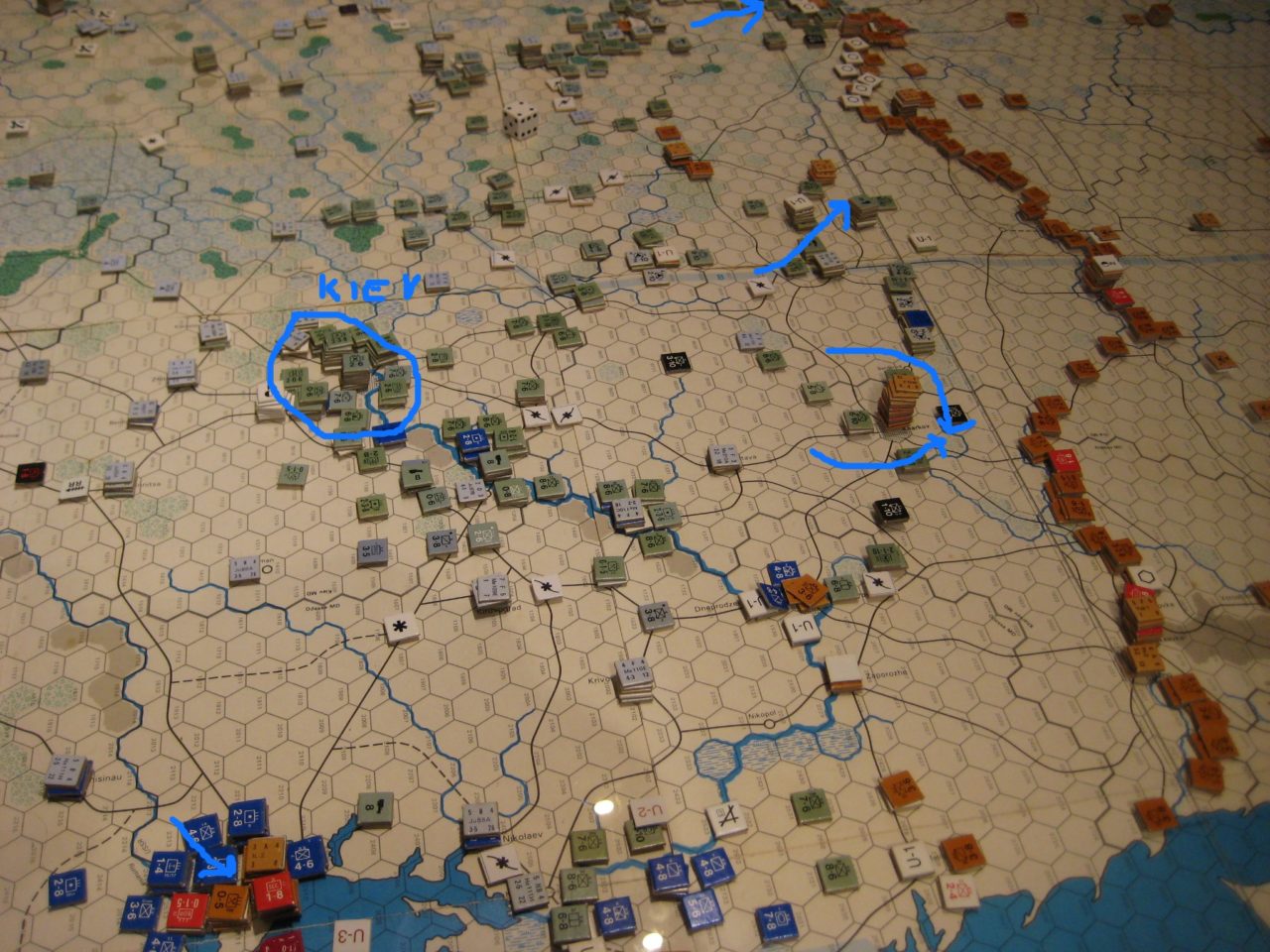 Hitler has decreed Kharkov will not be assaulted but besieged. In preparation for this the defending stack between the city and the Soviet MLR is eliminated and motorized divisions and support troops encircle the city. Dnepropetrovsk is also isolated.

11th Army: Once again the beleaguered defenders of Odessa earn their meagre pay and a large stack retreats without loss. The perimeter is sl owly shrinking but the troops are in good spirits and determined to resist to the last.