The autumn (fall) rains bring relief to the Soviet Armies struggling to contain the mass of Axis armour thrusting around Moscow.

Finland: All quiet on this front as parity of numbers means that neither side feels confident to attack.

Leningrad; The lone Luft AA unit is overrun and  other units rush past to bock the Axis advance but are not in sufficient strength to mount any form of counter attack against either of the breaches North of Kallinin.

Moscow; The Soviets infiltrate through the 16 mile gap East of Moscow and re-establish supply to the beleaguered city. Fresh troops rush in from the East but do not close waiting for numbers to increase.

The main line to Tula does not waver – holding position. 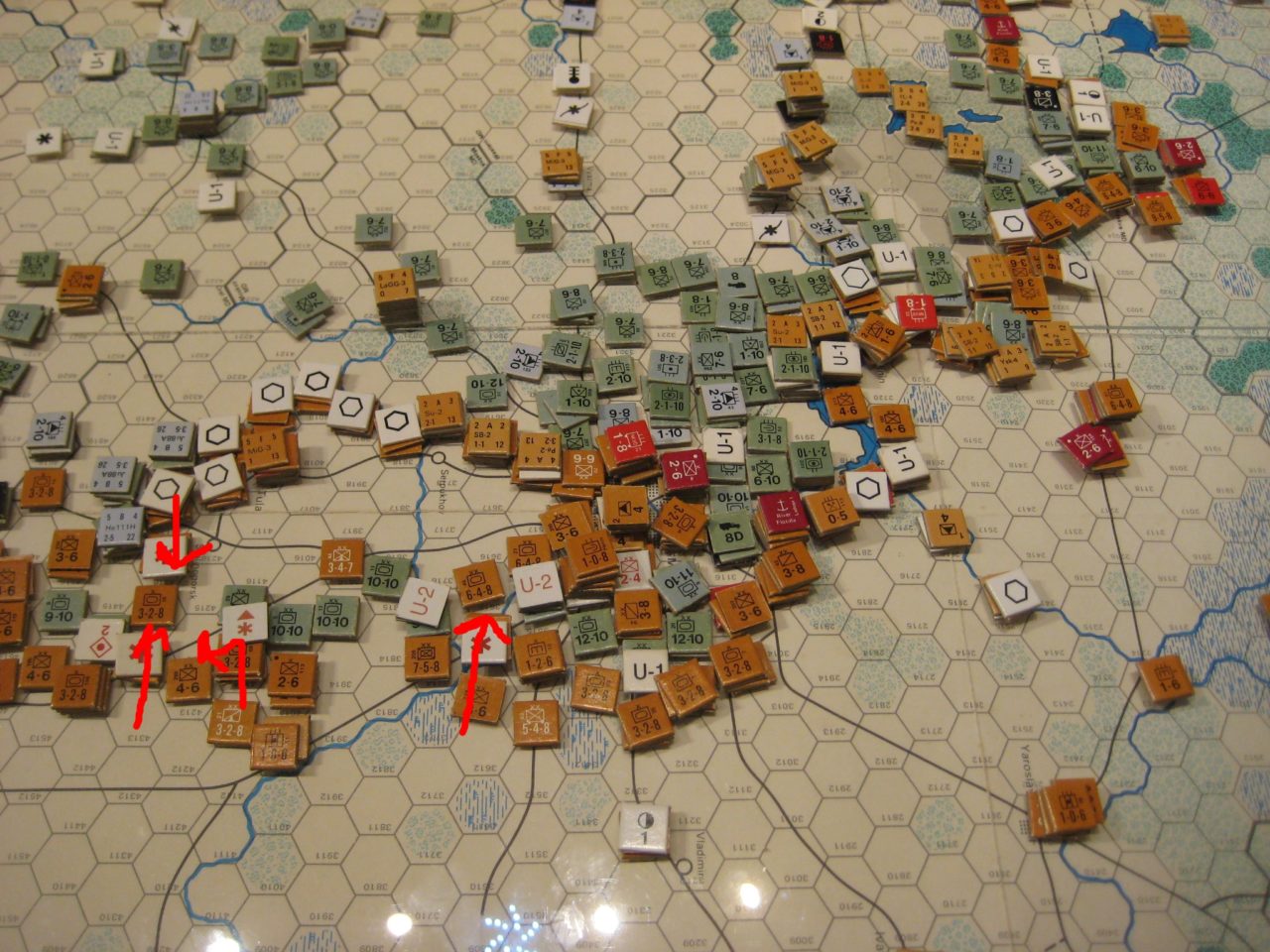 Voronezh; In a bold move the entire Soviet line from a point roughly East of Kharkov to the tip of the German breach moves NorthWEST seeking to close the gap and engage the weak German defenders on the flanks of the penetration. The weather is still clear in the South so they move cautiously trying to stay out of range of the bulk of the Axis infantry marching East from Kiev.

The line cadres an impudent 6-8 light infantry ahead of the German pack and mops up 20 points of mobile support troops. A weak line is thrown across the breach to cut the German spearhead from supply. 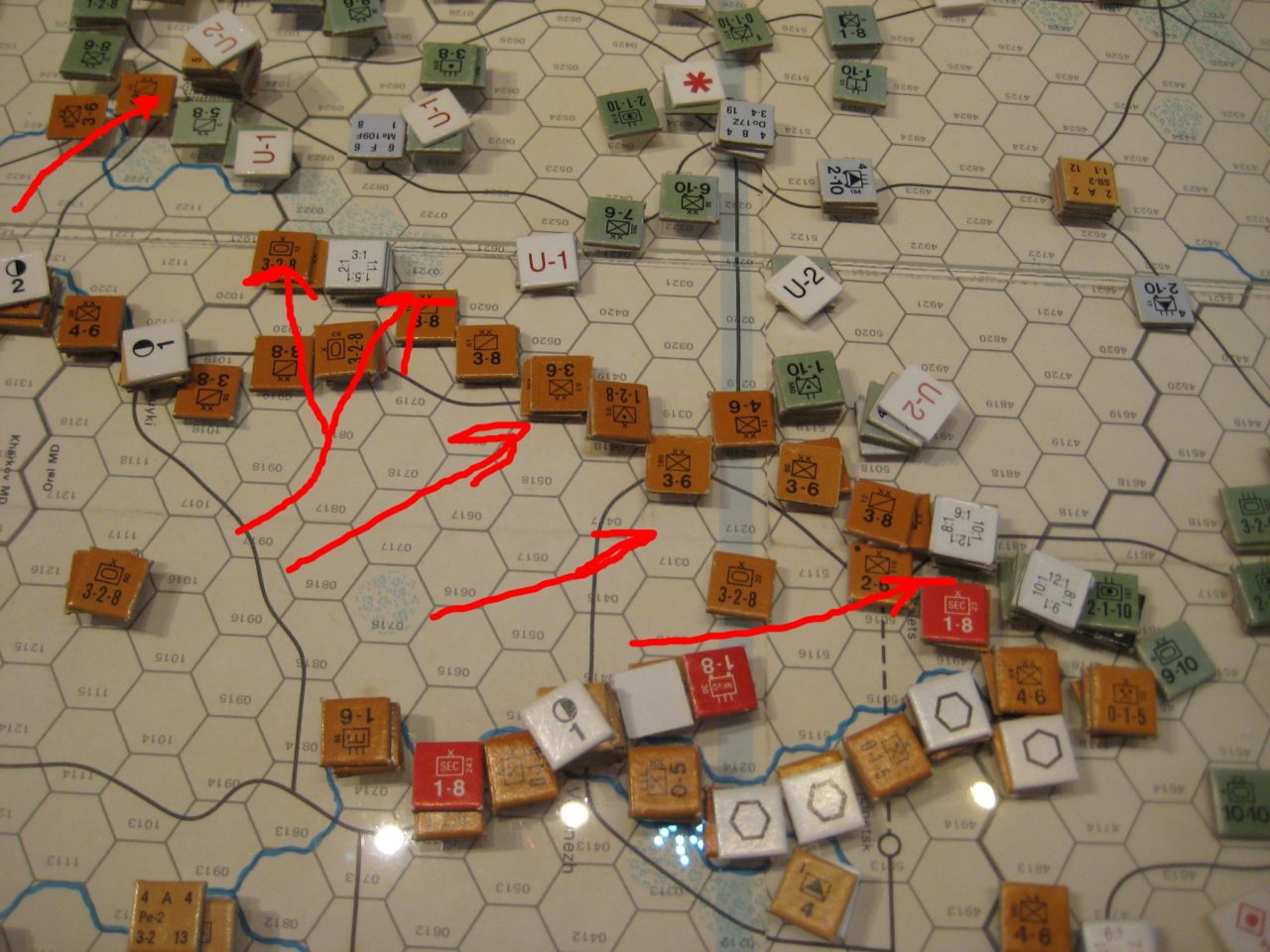 Crimea: The Crimea is held at the Shivash as cavalry from the Trans Caucuses drip feeds across the Kerch straights to reinforce the defenders.