The Kharkov factory arrives in the East and is immediately put into production.

Finland: 10th Mech pulls back as the line is straightened and stretched to accommodate the recent finish success.

Leningrad : Forces south of Lake Ilmen which are now U3 pull back north to straighten the line and shorten their supply line. Elsewhere the defenders attempt to limit and contain the two small Axis bulges in the line by reinforcements but still are not strong enough to counter attack.

Moscow:. German defenders receive word from their meteorologists of a fair chance of a cessation of rain and a cold snap and so orders are issued to the quartermasters to release Truck held supplies so that the entire northern prong is in supply.

In the belief that the Germans are running low on supplies and emboldened by the retreat of the units to the south of the city and the reduction in length of the northern Axis hook the soviets mount an attack from both inside and outside the city which hits the 29 point German stack at the extreme tip of the German northern hook around the city at 2:1. Germanic luck holds again and the “1” rolled results in a Soviet retreat.

To the south of the city Soviets pursue the retreating Axis forces but do not attack. 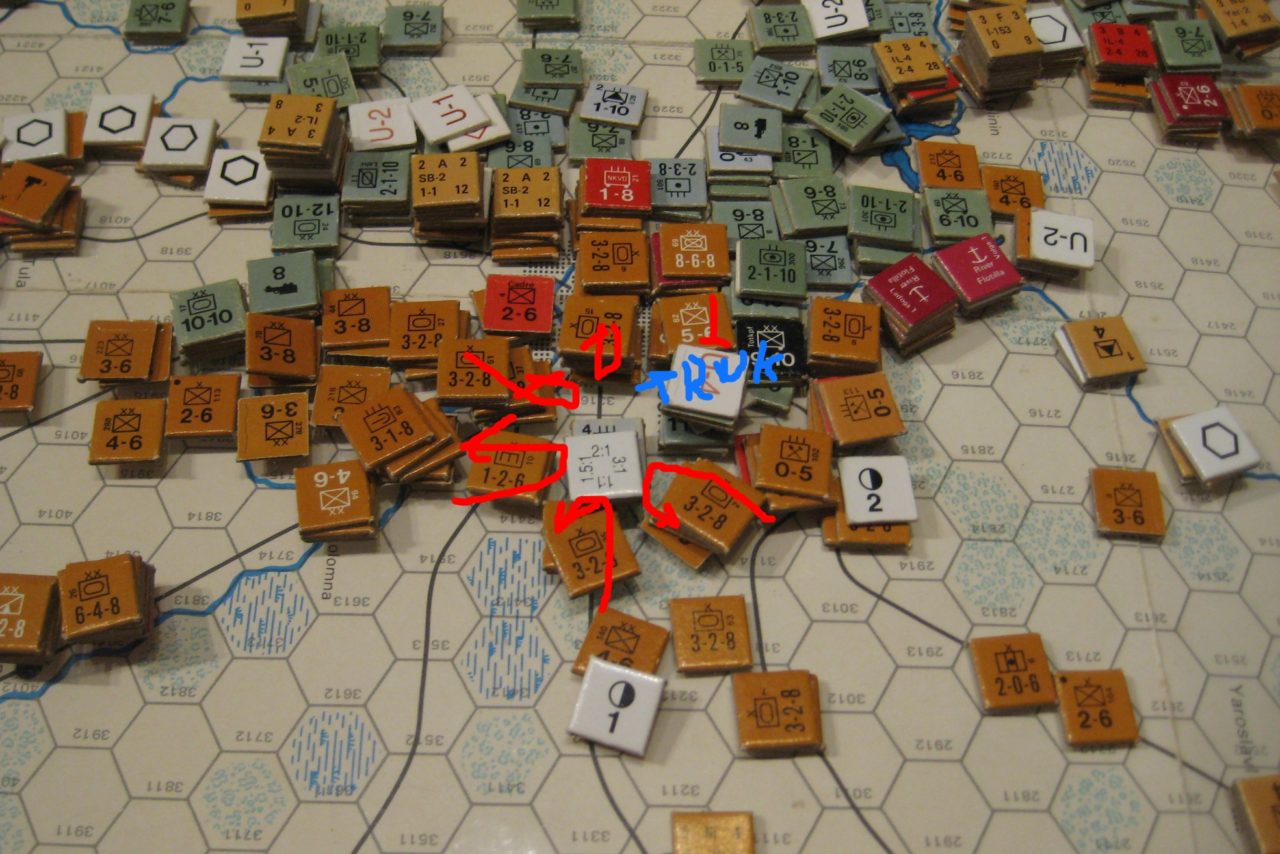 Voroshilovgrad:  The westward surge continues and the wide front Pursuit Army attacks along the front hitting vulnerable out of supply units. The attacks meet with general success with one AR but reduce a mech division and eliminate 14 other factors of German and Slovakian units.

The Soviet attack force has orders to hit any target of opportunity to thin and attrite the enemy forces. With the line between Moscow and Tula cut the attacks also aim to clear the rail line south from Tula to allow the evacuation of the factory.  A small pincer south of Tula isolates a fleeing SS Division, 2 Panzer Divns and miscellaneous support troops with these attacks but the Soviets lack the exploitation capability to surround them completely. 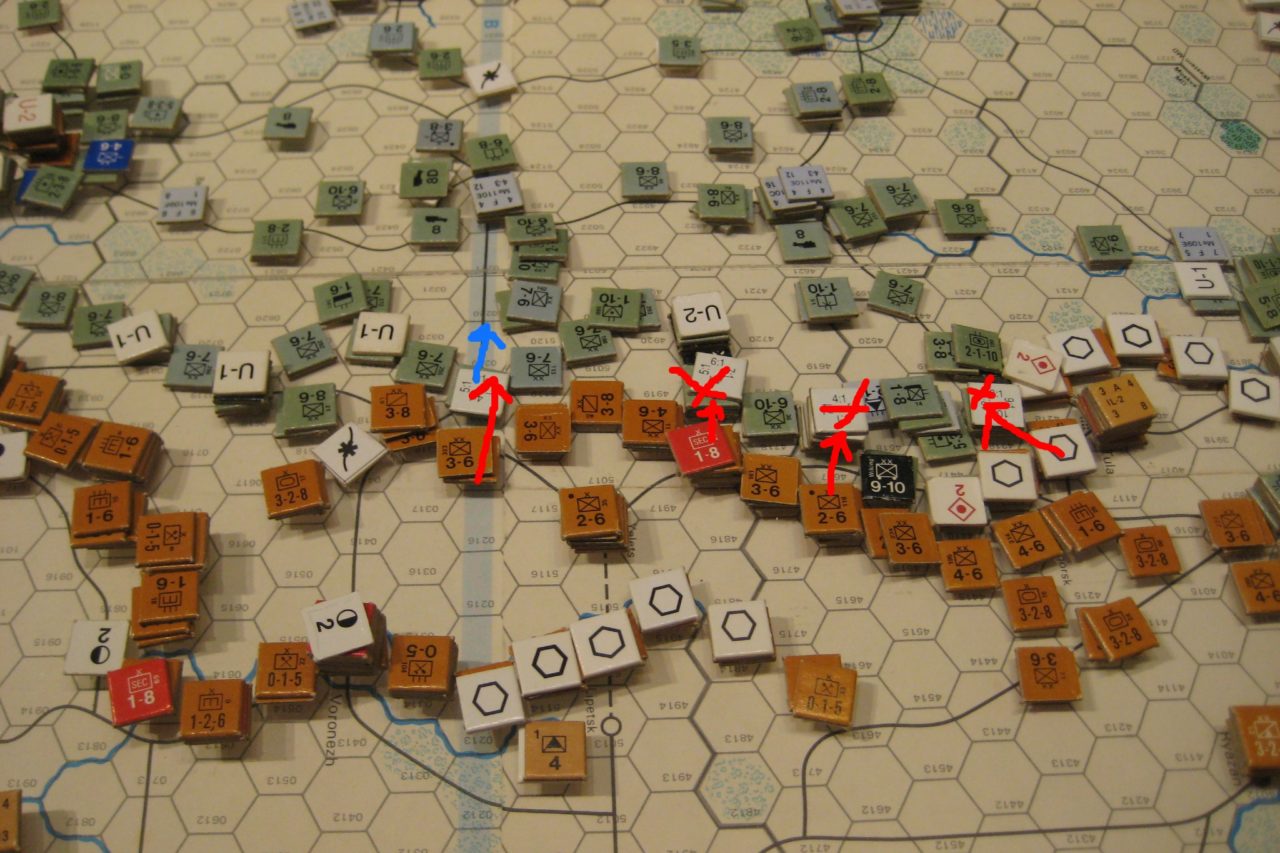 Crimea: A 4-3-8 Cav XX in the pocket trapped against the Shivash perishes the rest of the stack is left to its fate as Soviet units fall back on Kerch and Sevastopol.