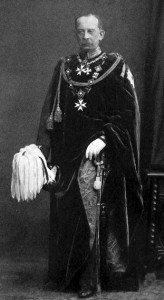 Although eighty years have passed, feelings still rage on the First World War. This is not only due to the fact that it involved all major European countries or the different impacts he had on them. The first industrial war formed the conscience a politics of whole generations, it transformed and destroyed in many ways the old European culture and its political systems. The publications concerned either with the War itself or his results go into the thousands, and still each nation seems to have its own point from which to view. Nevertheless in modern scholarship there is a trend towards more objectivity and thus agreement over certain points. No serious member of the scientific community would doubt
that Germany must be seen as the main responsible for the start of the war.

And well prepared it was, for the German General Staff had been busy for years
drafting plans how to solve the problem of the limited resources Germany could
draw upon. The result was the Schlieffen Plan, an operation to encircle not
less than the whole of the French Army by a swift thrust through Belgium. The
reason for the obvious German failure to do so in the first months of the war
has much been sought about. The official German history of the war blamed the
connection officer Hensch for giving withdrawal orders.(1)

Liddel Hart argued that Moltke strengthened the left wing too much, so that he was able to throw back the French, which so themselves in turn were able to move troops to the Marne.(2)

But it was not untill 1956 that the complete text of the Schlieffen Plan was publicised, together with a thundering critique of the plan itself by Gerhard Ritter. (3)

He claimed quite convincingly that the total plan was not a safe way to victory but a daring gamble which Schlieffen undertook. As nevertheless the failure of the Germans
is still attributed to their failure to execute the Schlieffen Plan properly, we will have to take a look at the campain in order to decide where and why Moltke the Younger did not succeed in defeating the French.