Source material on airborne operations in general is relatively plentiful. One does not have to look hard to find books dealing with specific details of the 1944 operation. Cornelius Ryan popularized Market-Garden with A Bridge Too Far and a great deal has been written about that battle since his book was published in 1974. The 1940 operation is less popular, and though sources are not hard to find, they are more general in nature and of an older vintage. 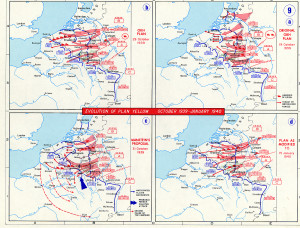 1940: Plans and Preperations - As the summer of 1939 turned to fall, Europe drifted closer to war.  In response to Germanys occupation of Czechoslovakia in March, the Dutch government granted state-of-war powers to General I. H. Reynders, Commander in Chief of the Army and Navy.[1]  On August 23, 1939 Germany and the Soviet Union entered into a non-aggression pact. […] 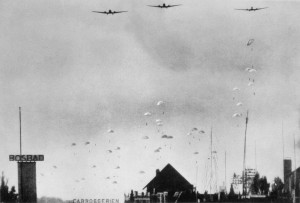 The German Airborne Assault 1940 - German commandos moved into Holland as early as midnight and the first reports of Germans crossing the frontier reached Dutch supreme headquarters at 0300 on May 10.  Germany began the main attack at 0355, when bombers struck at The Hague, airfields, barracks, and bridge garrisons in and south of Rotterdam.  Dutch supreme headquarters issued a […] 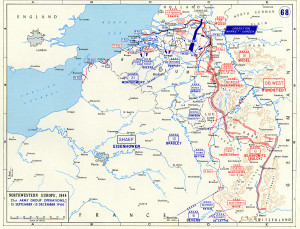 Market-Garden 1944 – Allied Preparations - Following the August breakout from Normandy four allied armies rushed across France, and by September, over 200 days ahead of schedule,[40] they had outrun their supply. Though the great port of Antwerp had been captured intact, German 15thArmy controlled the Schelde estuary leading to it and German stay-behind forces still held the important channel ports.  […]

German Defenses - German commanders opposing Montgomery had discussed the possibility of an airborne operation, but dismissed it as being to bold for Monty. Field Marshall Walther Model, commanding Army Group B, located his headquarters in Oosterbeek, between the British drop zone and Arnhem.  Model and his subordinates were trying to cobble together a defense and expected the […] 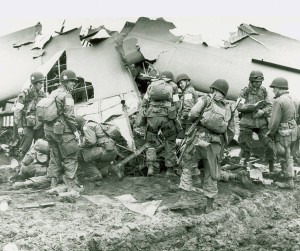 September 16th-18th: The Landings - Beginning the night of September 16 and over the course of the next day over a thousand Allied planes attacked German airfields and antiaircraft positions. On September 17 the first Market transport departed at 945, the last of 1,051 transports and 516 gliders lifted off by 1135. Pathfinders jumped at 1240 and assault troops began […] 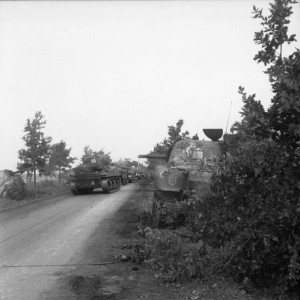 Race to Nijmegen - Weather on the 19th was no better.  Due to ground fog and rain, only a few of the flights from England were able to take of, and those were late. 1stAllied Airborne Army failed to inform 2nd Tactical Air Force of the changes, and no close air support was flown for Brownings forces in Holland.  […] 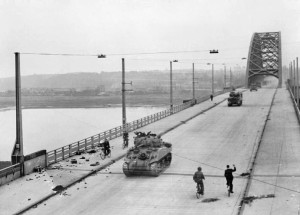 A Bridge To Far - Weather began to lift on September 22, but no supply flights were flown.  Allied fighters dominated the skies everywhere except Arnhem and Nijmegen, where the Germans continued to get Luftwaffe ground support.[109] The attack organized by Student hit a weak section of the allied line between Grave and Uden. KG Walther, attacking westward, and KG […] 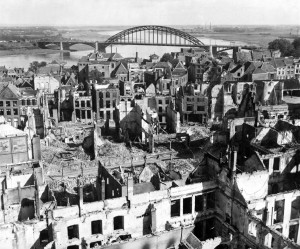